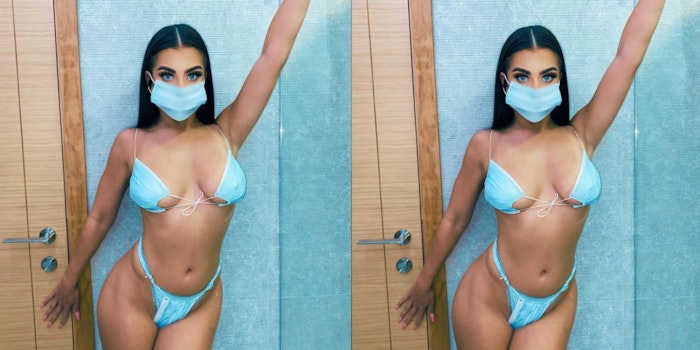 She said 'people are being PAID to promote control and danger.'

U.K.’s Love Island star Katie Salmon is facing backlash and accusations that she’s against vaccinations after she posted a photo of herself wearing a bikini made of face masks with the caption “F the [syringe emoji]” Yahoo News first reported.