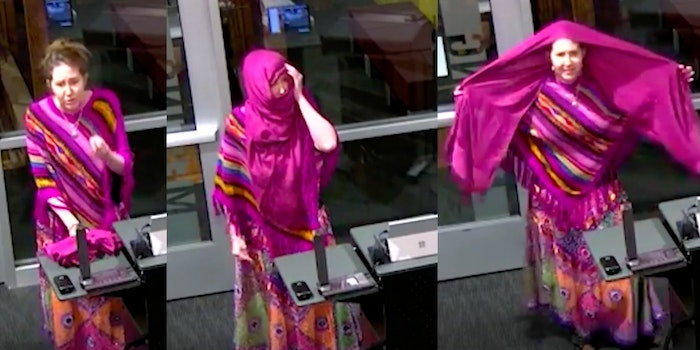 She even starts crying at one point in the video.

A video has emerged showing an Idaho woman crying at a City Council meeting about how she has to “dress like a freaking Muslim” due to mask mandates on her campus.