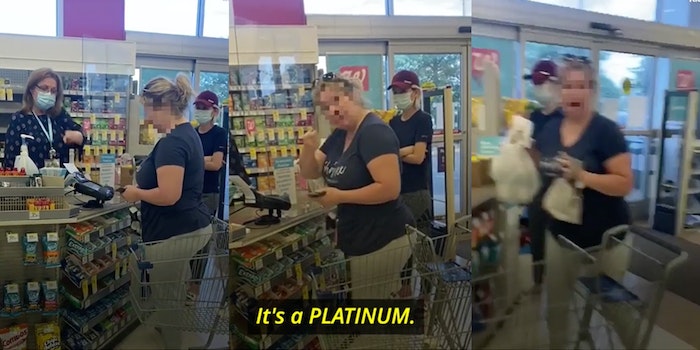 A viral Facebook video shows a woman dubbed “AmEx Karen” throwing a fit, skipping other customers in line, and trying to use her American Express card instead of ID while purchasing wine at a Walgreens store.