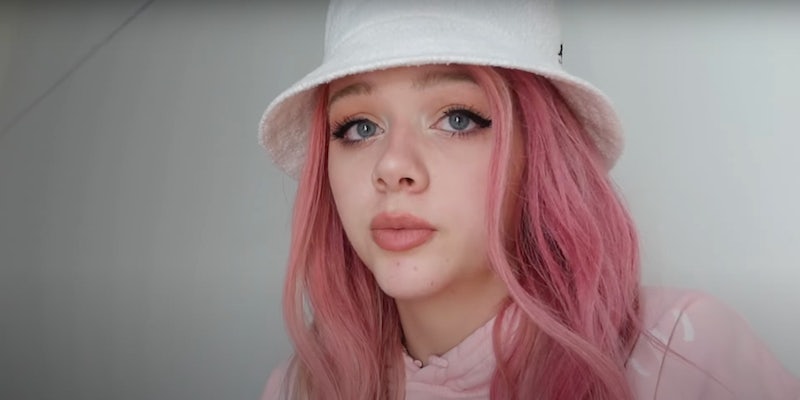 TikToker Justine Paradise has dropped a new YouTube video detailing the harassment and death threats she is facing online since she posted a video earlier in April accusing Jake Paul of sexual assault.

On Sunday, Paradise shared a nearly 15-minute-long video with her more than 17,000 followers and shared that she is “overwhelmed” with all the hateful messages and death threats she has been receiving.

In her Sunday video, she talked about the difficulty of watching her abuser deny the allegations and then facing vitriol from others on the internet, some of whom allegedly asked her to take her own life.

“I‘ve never experienced this amount of hate on the internet before,” she said in the video that has been viewed almost 5,000 times since Sunday. “The hate is so insane.”

She said there were people who are sending her death threats through her DMs, and it’s not just “random people.” She claimed she has been contacted by people who are in Los Angeles and told her she should “watch [her] back.”

Some reportedly said they would physically attack her if they saw her.

The backlash against her also came in other forms. According to one tweet of a screenshot of a TikTok comment, the social media platform was supposedly putting tags with her name under review.

The Daily Dot could not independently verify this and has reached out to TikTok to clarify this.

“Emotionally this has taken so much out of me,” she said on Sunday.

She added that the whole process, from sharing about her trauma to facing these threats, has been difficult.

“I had to work up so much courage just to post that first video,” she said of her April 14 video that has since been viewed 1.7 million times. “I was reopening so many memories just looking through the screenshots trying to find photos of me there.”

After her initial accusations, Paul responded with a statement on Twitter, claiming the allegations were “100% false” and threatened to sue her over defamation.

He accused Paradise of making “manufactured accusations and a blatant attempt for attention” during what he claims was a fight between the two.

He also blamed her for using the “attention from her social media posts… to promote her adult content website,” he said.

This was seemingly in reference to her OnlyFans account which Paradise said in her Sunday video she doesn’t care much for.

Meanwhile, Paradise added that she tried to clarify many questions from fans after her initial accusation because she wanted to make sure people knew and understood her side of the story.

“After making so many videos just trying to clarify and explain myself to people who are trying to debunk me on Twitter… Those threads were ridiculous,” she said in her video.

“It’s so easy to see through the people defending Jake,” she added.

But in the video, she still held her head high about her decision to speak up and share her truth.

She said it was an empowering moment for her to let the truth out into the world, despite the backlash that came after it.

“I’m getting a lot of hate from other people right now but I at least feel free from him,” she added.

The Daily Dot has reached out to both Paradise and Paul and will update the report if they respond.