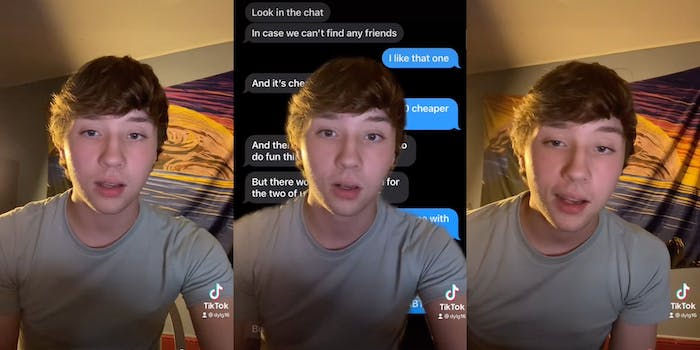 After a viral accusation, a popular creator goes dark.

After a TikToker accused him of grooming adolescents, TikTok celebrity John Robert Bell seems to have deactivated his social media accounts.

The 27-year-old began using TikTok in June 2019 and amassed a following of more than 5.7 million followers between his two now-deactivated or deleted accounts, @jorobe and @jorobeirl. He also appears to have deactivated his Twitter and Instagram accounts. Bell was known on TikTok for calling out others for wrongdoing.

TikTok user Dylan, or @dylg16 who has about 347,000 followers on the platform, recently spoke out against Bell, calling him “one of the biggest hypocrites I have ever met in my life.” Dylan accused Bell of using his platform on TikTok to groom and prey upon underage boys—including Dylan—in a video that’s amassed more than 2 million views this week.

“I didn’t say anything for the past eight months because I thought I was the only one until recently, I found out that there are multiple people that John has groomed,” Dylan said in a TikTok. “John does not deserve to have any type of platform because if he does, he will continue this behavior and will not stop preying on teenagers. He is a disgusting and terrible person.”

Bell followed Dylan when he had about 30,000 followers on TikTok and asked for his Snapchat, Dylan said. After talking via Snapchat, Dylan invited Bell to a Zoom call with his other TikTok friends.

Eventually, Bell allegedly invited Dylan to meet in an AirBnb for his 18th birthday, which was several months away at the time. Dylan thought it was a good idea because the meet was supposed to include other people.

Bell allegedly offered to buy the minor alcohol if they could stay in a one-bedroom AirBnb and dodged the question when Dylan asked if other people could be there.

Dylan says Bell continued to push him about the AirBnb for months before suddenly stopping without explanation.

Eventually, Bell allegedly turned Dylan against his friends, convincing him that they talked badly about him behind his back. When his friends confronted him, Dylan said he couldn’t believe their accusations that Bell was grooming him.

Finally, Dylan said he decided to cut Bell off without confronting him about anything.

According to LADbible, Bell was also accused by a YouTube creator of pressuring Dylan into creating an OnlyFans account, generally used for adult content, when he turned 18.

Fellow TikTokers were shocked at Dylan’s accusations but fully supported him.

“I’m so sorry this happened and hope you’re doing okay. Thank you for being brave and bringing awareness about this creep. Stay strong,” one user commented on the video. Another user said, “I’m so sorry. We believe you. What he did is not okay.”

One TikToker pointed out Bell’s accounts, commenting, “He is definitely guilty since he privated his account.”

Other TikTokers posted their own TikToks encouraging people to cancel Bell in light of the accusations. The hashtag #canceljorobe has garnered over 58,000 views on TikTok.

Bell does not appear to have made a public comment regarding the allegations.

We’ve reached out to Dylan but were unable to contact Bell.