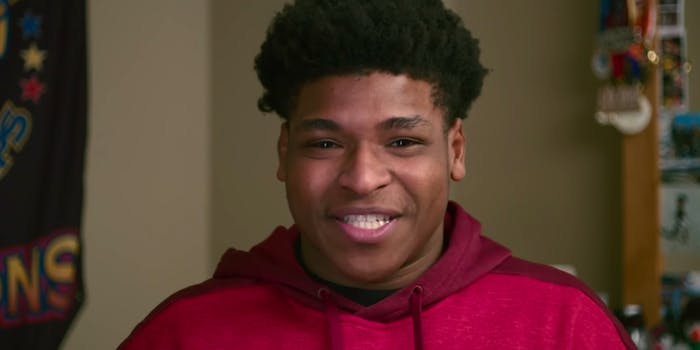 Jerry Harris from ‘Cheer’ accused of soliciting sex from minors

The FBI is investigating.

Jerry Harris from the popular Netflix docuseries Cheer is under investigation by the FBI, USA Today reports. While Harris has not been charged, officials are investigating allegations of soliciting sex from minors.

According to USA Today, multiple sources confirmed that he asked for sexually explicit photos as well as sex. An FBI agent told the publication, “The FBI is conducting court-authorized law enforcement activity in the area.”

When the docuseries premiered in January, Harris became an audience favorite for his positive attitude and famous “mat talk,” which meant hyping up his teammates during practices by shouting affirmations. He was invited to multiple award shows like the Oscars, where he interviewed celebrities. The cast of Cheer was also on the Ellen Degeneres Show.

Varsity, one of the biggest companies in the cheerleading industry, reported the allegations to the police. The company’s legal officer, Burton Brillhart, wrote in a letter dated Aug. 1 that he learned of the “inappropriate sexual conduct” and reported the information to the authorities as is required by law.

In the letter, he also wrote, “As a result of the recent allegation, we have barred this person from having any affiliation with Varsity Brands or any of its subsidiaries or affiliates, now and in the future.”

The report to the authorities included two screenshots of Snapchat messages allegedly between Harris and a minor. According to USA Today, one of the messaged includes the top part of Harris’s face and text that said, “Would you ever want to ****.” In the second message, an account using the name “jerry harris” said, “Hey btw I found a place for us to do stuff it’s actually pretty good haha.”