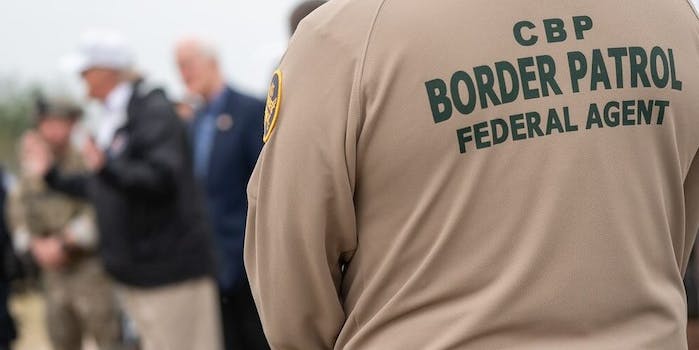 Over the weekend, a viral tweet claimed that Customs and Border Protection was detaining travelers at a United States/Canada border crossing on the basis of their Iranian heritage. The report comes amidst an increase in tensions between the U.S. and Iran, which has vowed to avenge the head of its military, whom the U.S. killed in a drone strike last week.

The Twitter thread by Iranian-American writer Hoda Katebi claimed that CBP was detaining people with Iranian heritage entering the United States, regardless of citizenship. Katebi wrote that more than 60 people had been detained at a border crossing in Washington state for over 11 hours.

BREAKING: US CUSTOMS & BORDER PROTECTION NATIONALLY HAVE BEEN ORDERED TO DETAIN & "REPORT" ALL IRANIANS ENTERING THE COUNTRY DEEMED POTENTIALLY SUSPICIOUS OR "ADVERSARIAL" REGARDLESS OF CITIZENSHIP STATUS. 60+ Iranis held last night at the US/Canada border for 11+ hrs / thread

An accompanying press release from Katebi and the Washington branch of the Council on American-Islamic Relations (CAIR) states that some of the travelers were refused entry. Others “were questioned about their political views, allegiances, what courses studied in college, and other invasive and interrogative questions,” before being admitted.

The release also claims that a source at CBP had told them that the Department of Homeland Security issued a national order to “report and detain anyone with Iranian heritage entering the country who is deemed potentially suspicious or ‘adversarial,’ regardless of citizenship status.”

A Iranian-American medical student named Crystal who was detained reportedly said that most of the detainees were American citizens. When they asked why they were being held, she says an agent responded, “I’m sorry, this is just the wrong time for you guys.”

An executive director for CAIR told the New York Times that additional travelers returning from a pop concert later that night were turned away at the border and told to come back later.

Katebi’s tweet quickly went viral. As of early Monday afternoon, it has been retweeted more than 40,000 times.

On Sunday afternoon, CBP denied it. It claims that both the reports of detentions based on country of origin and a national directive ordering the same were false.

Social media posts that CBP is detaining Iranian-Americans and refusing their entry into the U.S. because of their country of origin are false. Reports that DHS/CBP has issued a related directive are also false.

The Times reports that several travelers and advocacy groups confirmed the detentions. CBP said that it had ramped up screening for all travelers based on Iran’s threat, and that processing times increased by up to four hours at ports of entry as a result of enhanced screening, high numbers of travelers, and staffing shortages due to the holiday.

Agency guidelines allow national origin to be considered among factors for additional screening measures, but are prohibited from detaining travelers solely because of their heritage. Officials refused to tell the Times whether this factored into the reported delays Iranians and Iranian-Americans experienced at the border.

This seeming hair-splitting of the details, in addition to the CBP’s alleged history of playing loose with the truth, such as when it denied reports concerning family border separations that were later proven true, have many skeptical of its denials in this instance.

“Here’s the problem: You guys have lied so often about so many things both small and large you have zero credibility on this one,” healthcare analyst Charles Gaba responded to CBP’s tweet.

We don’t fucking believe you.

For many, the incident called to mind the Japanese internment camps of WWII or served as additional evidence of the Trump administration’s anti-immigrant and Islamophobic policies, such as the Muslim ban.

It’d be one thing if this were like the raid threats last year, where we had no specific information, and ppl in general were just saying “Imminent raids expected” – this is p specific, and obvi we’re still in info gathering, but I don’t think that the instances are comparable

And shocking to… yup, absolutely no one.

People who are detained at the border are urged to contact an immigration attorney or another advocacy organization, such as CAIR or the ACLU, and to know their rights.