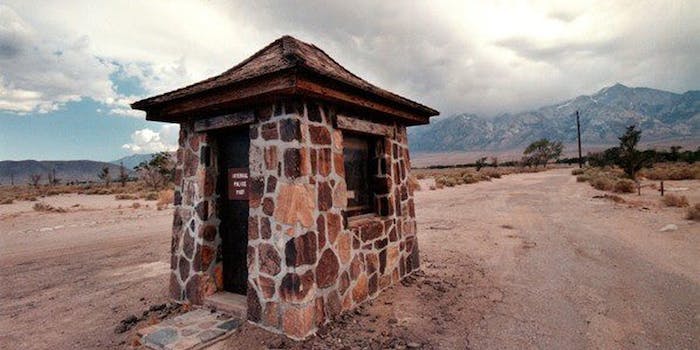 70 years ago, at age 5, the future Star Trek actor was rounded up and imprisoned with his family, in one of the bleakest episodes of United States history.

Fans of Star Trek star George Takei are sharing his story about his involvement in a black mark on American history.

When he was five, the Los Angeles-born Takei, along with his family and more than 120,000 other Japanese-Americans, was forced into internment camps in Arkansas and California for the duration of World War II.

The actual share consists of a brief introduction to a copied-and-pasted article from the Washington Post. The article quotes Takei as saying the internment was “one of the most egregious violations of our constitution. We were held without charge or trial.”

It was posted on Takei’s Facebook fan community, It’s OK To Be Takei. The actor is one of the most influential users on Facebook, with over a million likes and multiple posts a day.

Though it’s still being shared Monday, it was posted just after midnight Saturday. Sunday marked the 70-year anniversary of the signing of Executive Order 9066 by President Franklin Roosevelt. The order prescribed areas of the United States as military zones, which cleared the way for the forced internment of citizens of “foreign enemy ancestry.”

Photo via It’s OK to Be Takei