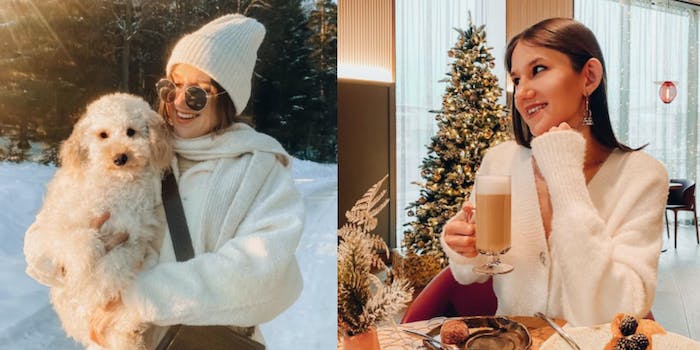 Her husband has been detained.

A Russian influencer and former teacher has been found dead 11 days after she went missing, according to the Daily Mail.

A motorist found the body of 28-year-old Kristina Zhuravleva in the woods near the small town of Aramil, the Daily Mail reported on Thursday.

The lifestyle influencer’s husband is currently in police custody and is being treated as a suspect.

According to news reports, nothing to immediately indicated that Zhuravleva had suffered any kind of violence. However, there are concerns that her death was caused by a drug injected into her system.

Her husband, a man identified only as Dmitry by the Daily Mail, was the one who reported her missing, sparking off a massive search for the star.

According to photos shared by the Daily Mail, she posted happy and cheerful photos of her and Dmitry, sharing their life with her tens of thousands of followers.

Zhuravleva had previously said that marrying Dmitry was the “best decision in life.” Their published photos include hanging out with her mother, kissing at the park, or just hanging out with each other.

The influencer’s Instagram account, @kris_zhuravleva, was not available on Thursday afternoon when the Daily Dot ran a search.

Even though Dmitry reported her missing, he told her friends that she had abandoned him or was headed to Moscow.

“He said  going missing was usual for her,” a friend of Zhuravleva told the Daily Mail.

“He was calm on the phone and said Kristina had left him,” she added.

Zhuravleva was a successful influencer on Instagram and also had clients whose accounts she managed. It’s unclear if her death has been ruled as a homicide.