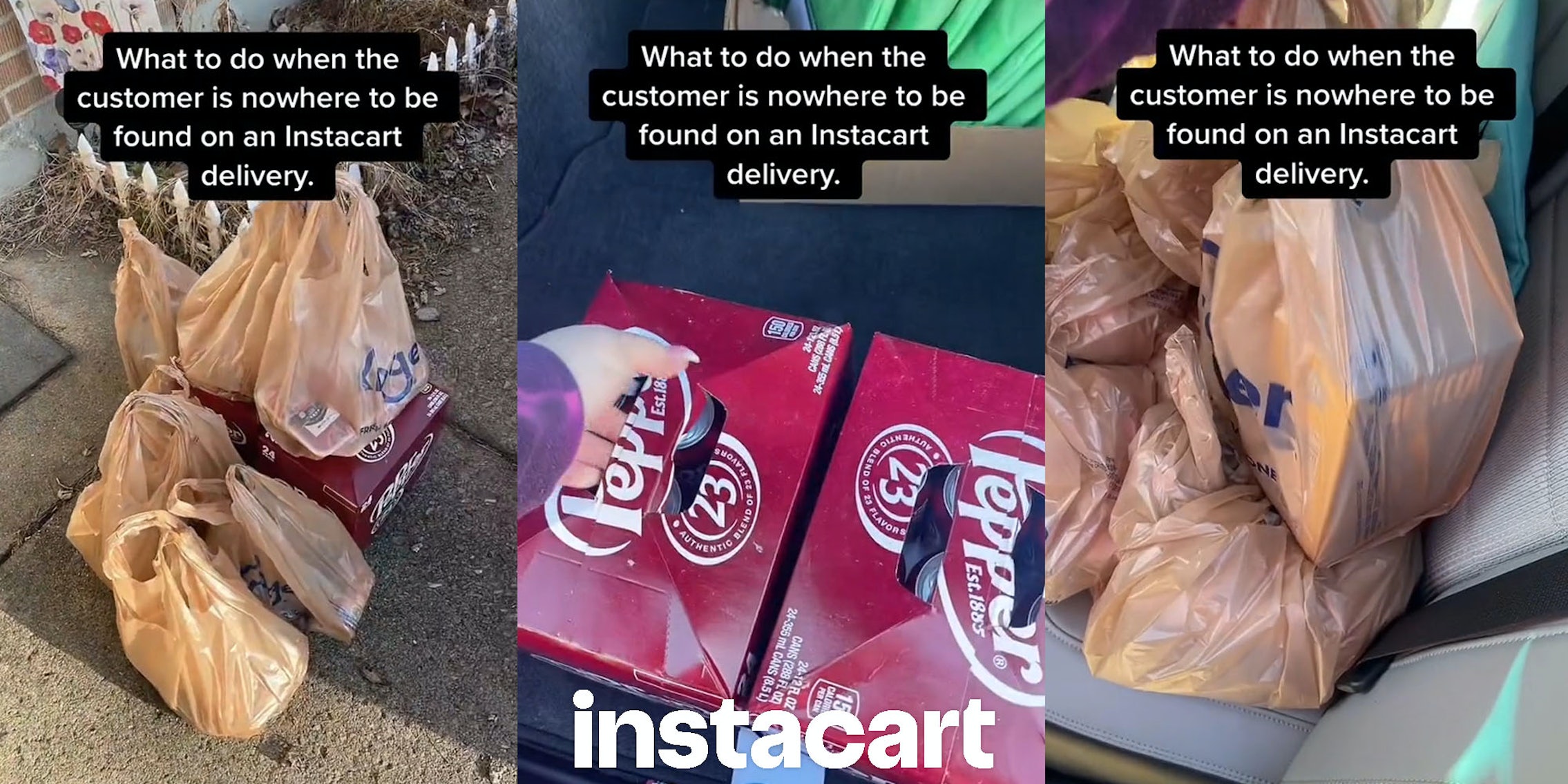 ‘I started my 10-minute timer’: Instacart shopper receives $77 worth of groceries from Kroger after customer doesn’t answer their door

'I would have just left it at the door.'

While working for app delivery services that are commonly lambasted for not paying enough, it appears that some gig workers are finding silver linings that make it worth their while.

An Instacart shopper went viral on TikTok after demonstrating how she handled a customer who failed to answer her calls when she tried to deliver their groceries.

In the clip, user Airica (@mrsinstacart) attempts to contact the customer several times, as they had requested she hand the delivery to them rather than leave it at the door. After receiving no response, she ultimately puts the groceries in her vehicle, stating that they’ll be keeping the $77 Kroger order for themselves.

The Daily Dot has reached out to Airica via TikTok comment and Instacart via email for further information.

The shopper says she allotted ten minutes for the customer to respond and specify whether or not it was OK for her to leave the order at the door. If this option isn’t selected then the order cannot be officially completed on the shopper’s end, meaning that they will lose out on any gratuities, which many say is integral to making the application an economically viable job.

“We are about five minutes into our ten-minute timer. This customer has not selected ‘leave at the door’ and is not answering phone calls, texts, or knocks,” Airica explains, before knocking on the door once more.

She checks in once more with around three minutes left on the timer, before cutting to a clip of the shopper loading up the trunk of her vehicle with the groceries.

“And that’s why it’s so wonderful that we’re independent contractors, because you can run your business how you want to. And I’ll run mine how I want to,” Airica says of her 10-minute timer method.

She then notes that she reached out to Instacart Chat after the timer had ended, after which a support representative attempted to call the customer. Airica called the customer once more and received no response before taking the groceries for herself.

“Hopefully she’s OK in there but I did lose a $10 tip,” she says, then moving the camera to show the backseat of the car with all of the bags of groceries. “$77 worth of groceries that Kroger won’t take back from the Instacart customer. So, again, do what you want. We havin’ beef stew for dinner.”

Many grocery stores will not allow Instacart orders to be returned to the store in the event that a customer cancels or doesn’t confirm the delivery method of their items. It’s not uncommon for drivers to either keep the items of a canceled order or donate them to a local food bank in the event that the grocery store won’t take the food back.