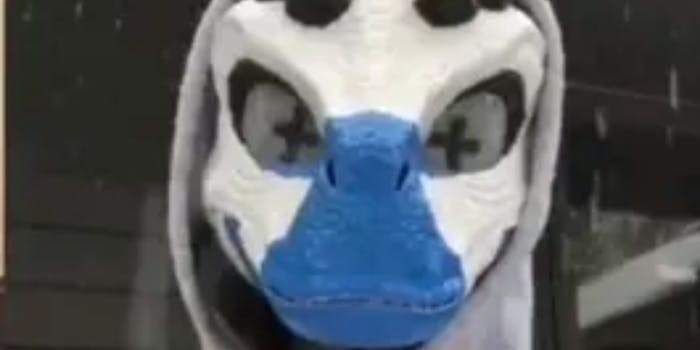 Did Indigo Raptor die? Fans are mourning the child TikToker after unconfirmed reports claim they died during live stream

TikTokers are mourning the possible death of Indigo Raptor, a young TikToker best known under their furry persona, after rumors that they died by suicide during a live stream began circulating online.

Some fans are claiming they saw Indigo Raptor die by suicide during a live stream after being bullied online; however, there are no reports that confirm the viral rumors.

Not much is known about Indigo Raptor, including their age. It is rumored that they are anywhere between the ages of 10 and 14. They appeared in their videos as their furry persona: a dinosaur.

Their TikTok account was deleted, according to Distractify, and another TikToker who is mourning the rumored loss took over their handle, @indigo_raptor.