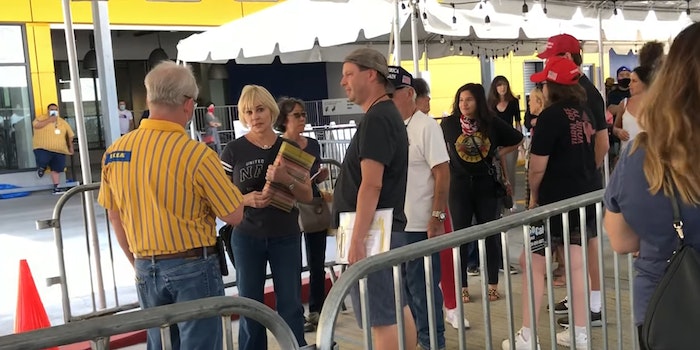 Apparently, they didn't even shop after entering the store.

Anti-mask demonstrators successfully weaseled their way into an Ikea in California over the weekend, flouting the store’s and city’s mask mandates and infuriating other rule-abiding customers who had waited in line for their chance to shop.