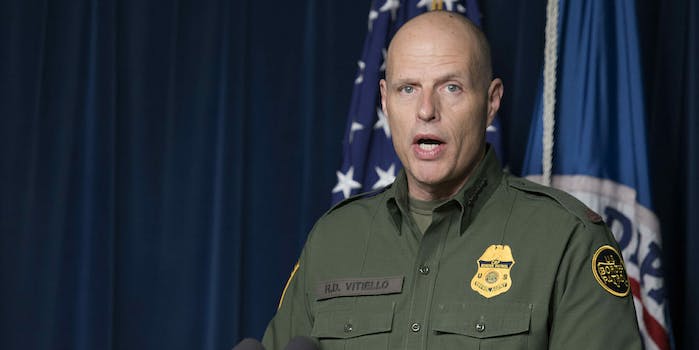 According to the Washington Post, the unions particularly cited Vitiello’s personal Twitter account, saying in a letter to the Senate Homeland Security and Governmental Affairs Committee that Vitiello had apparently shared images comparing President Trump to Dennis the Menace.

In March 2017, Gizmodo revealed that Vitiello shared an image of Trump side-by-side with Dennis the Menace during the 2016 primary.

“The nominee to be considered by the Committee, Mr. Ronald D. Vitiello, has only been with ICE for a short period of time, and while this letter neither supports nor opposes his nomination to be our Director, we are aware of several matters that give us serious concern about him,” the unions said.

Committee chairman Sen. Ron Johnson (R-Wisc.) said the committee had delayed the vote so that senators could look into the claims the unions put forth.

Vitiello would replace Thomas Homan as the head of the agency. Homan retired in June, and Vitiello was tapped to lead the agency then. Homan has been suggested as a replacement for Department of Homeland Security head Kirstjen Nielsen, with whom President Trump is reportedly unhappy.

If confirmed, Vitiello will head an increasingly embattled agency. As Trump continues to pursue a drastic approach toward immigration, ICE has become a target for Democrats, especially progressives like Alexandria Ocasio-Cortez, Ilhan Omar, and other future members of Congress, who are calling for its demise.

Vitiello is a career law enforcement officer and was instrumental in forming Customs and Border Patrol in 2003. His official Twitter account only shows six tweets, the most recent being from June 5, promoting an appearance on Fox & Friends. Vitiello is a major proponent of President Trump’s proposed border wall.