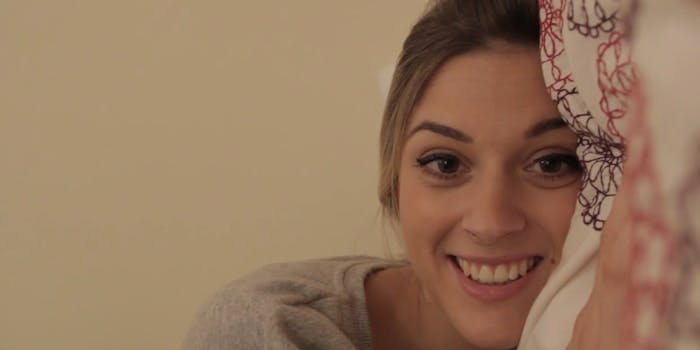 Sure, ladies, you might get into an explosive shouting match with your boyfriend every now and then. But wouldn’t it be more effective—not to mention satisfying—to drive him slowly, quietly insane instead? A new YouTube tutorial has some delightful pointers when it comes to that strategy.

Anybody who has lived with a romantic partner for longer than a week will know that further cohabitation requires acceptance of the other person’s annoying habits. The saving grace is that your significant other is often unaware of your exasperated little sighs. But if a girlfriend was serious about a campaign of interrupting video games, asking for fashion advice only to reject it, and demanding a back scratch every four seconds, most of us would reach a breaking point rather quickly.

The video also doubles as a distillation of about 90 percent of sitcoms and standup comedy, so enjoy catching up on the plight of the contemporary dating-age male:

Pretty thorough, all told—even if the bit about asking questions through a movie that neither person has seen is sadly much more universal. The one source of endless connubial aggravation they left out? All the bobby pins everywhere.