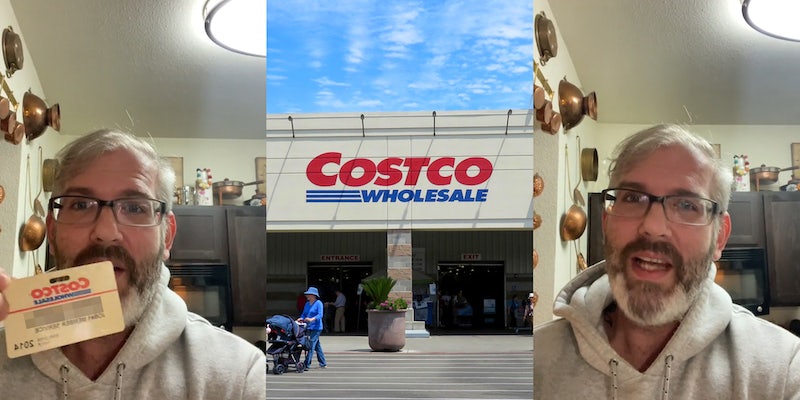 ‘You make more than me and I’m a teacher’: Costco worker shares he sometimes makes $44 an hour

'All I needed was a second job. Turned into a career.'

While Costco may be mostly known for its massive quantities for low prices, the company is slowly becoming better known for something else: its positive treatment of employees.

Numerous users on TikTok have shared the high wages and benefits they’ve earned from their time working for the company.

In a video with over 169,000 views, user Michael (@yeaboyyyyyyd) shows the name tag he wore on his first day at work, explains his initial salary, and details what he earns today. Spoiler alert: It’s more than you might expect.

“When I started, I got hired on part time at $11.50 an hour with time-and-a-half on Sundays,” Michael says. Accounting for inflation, Michael’s starting wage would equal $14.39 per hour in 2022 dollars.

Today, Michael says he currently makes “just shy of $29 an hour.” On Sundays, this wage increases to “around $44 an hour.”

“When you work for a company that takes care of you, your benefits are stacked. Your 401K is stacked. Your insurance is amazing,” he shares. “10 out of 10. Recommend.”

“I was 26 when I started. And all I needed was a second job. Turned into a career,” he added in comments.

Costco has frequently been lauded for the treatment of its employees, with job site Indeed naming it as its top-rated workplace for compensation and benefits for two years in a row.

“The company also received great reviews for promoting its staff and offering raises, with the average hourly wage for a Costco employee being roughly $22.50,” the article continues.

In comments, users were surprised by the high wages.

“You make more than me and I’m a teacher,” one user wrote.

“You’re making more than me and i’m a nurse, in alabama tho so that’s no shocker but still,” another added.

Others voiced that this video solidified their love of Costco.

“That’s why I continue to shop there over sams,” stated a commenter.

“So proud Costco stated here in the PNW,” agreed another. “Not all of our companies take care of their employees (looking at you Amazon!).”

“Why can’t companies be like Costco?” asked a further commenter.

The Daily Dot reached out to Costco via Media Request Form and Michael via TikTok comment.