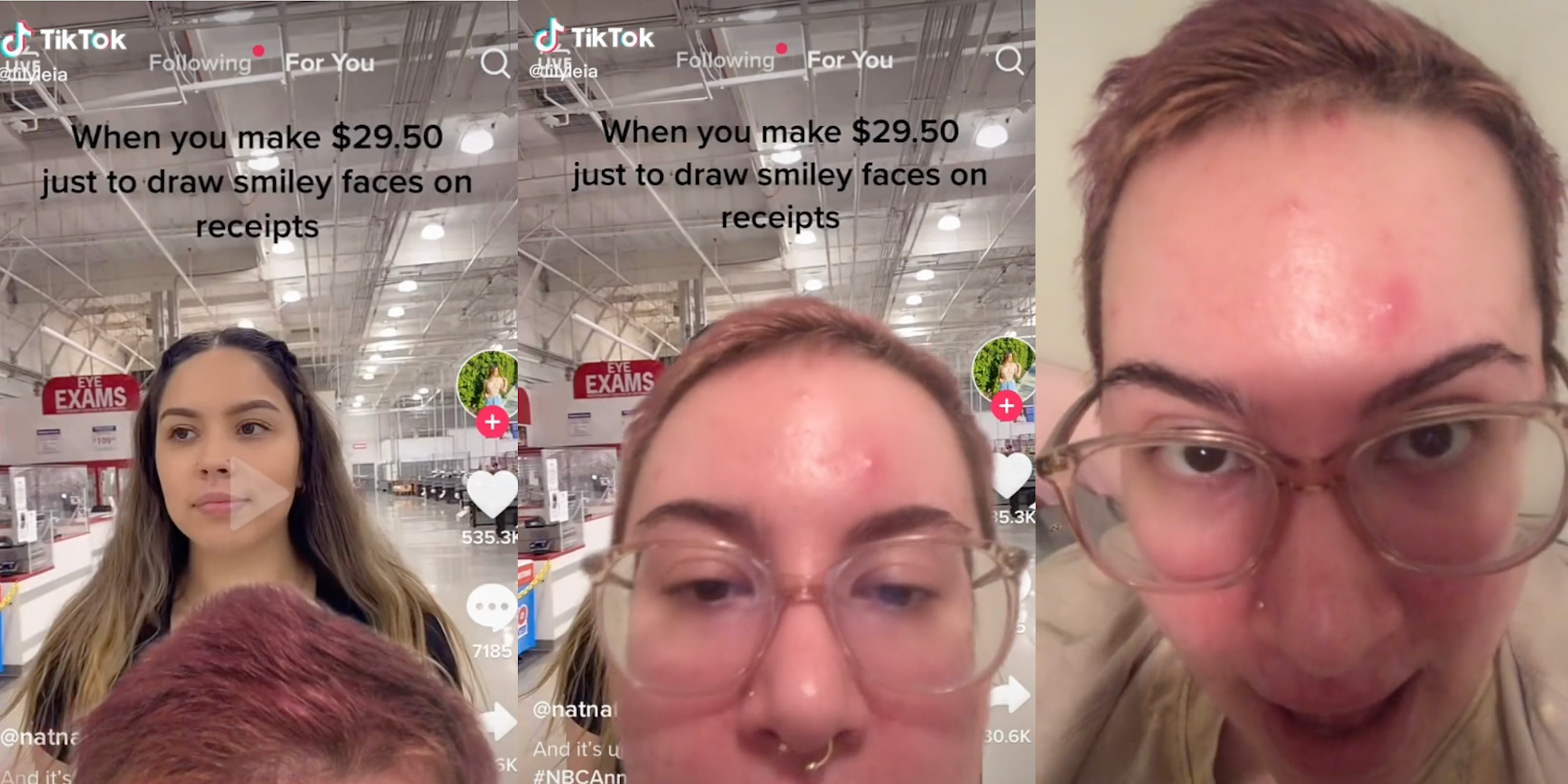 A TikToker is going viral for defending a Costco worker’s pay after people said she didn’t deserve to make that much.

In the original video, which garnered 14.5 million views in three days, the Costco employee said she makes $29.50 an hour “just to draw smiley faces on receipts.”

In their response, TikToker Khaleah (@lilyleia) points out that the comments in the worker’s video are “littered with mostly people in the healthcare field who are bitching because they make the same amount.”

Khaleah green-screens a comment from a person in the health care industry who said they’re out in the field “saving lives and you’re putting smiley faces on paper AND we have the same pay… Make it make sense.”

Khaleah says they often hear people in other fields express that they should be making more than people working “easier jobs”—”easier” was said sarcastically—like retail or food service.

“They always bitch about how those people should be making less instead of how they should be making more. If you think it’s unfair that you and this person make the same pay, maybe you should be upset with your employer instead of another working-class person,” Khaleah ends.

The Dec. 1 video has more than 350,000 views on TikTok and was accompanied by the caption: “It’s frustrating bc it’s like you’re so close you’re SO fucking close.”

While there has been a push over the last several years to raise the federal minimum wage from $7.25 an hour to $15 an hour, this law has yet to be passed. At least a dozen states still offer $7.25 as the baseline and most others are a few dollars away from $15 an hour, according to the United States Department of Labor.

Yet a number of economists argue that even $15 isn’t enough to live on for many people in the United States and especially for families.

“When people are screaming [that a $15 minimum wage] is such a radical proposition, the radical thing about it is, quite frankly, how low it would actually be,” Judy Conti, government affairs director at the National Employment Law Project, told CNBC.

People in the comments section of Khaleah’s video were very much in agreement with the TikToker’s sentiment that the real issue is the employers.

“DUDE RIGHT like you really think $30 an hour is acceptable for saving lives? Blame YOUR employers not theirs,” a commenter wrote.

“Capitalism has successfully brainwashed them into attacking their fellow citizens instead of their corrupt employers,” another person said.

“Punch up not down!!! fight the system not your neighbor!!!,” a third suggested.

Though, some missed Kaleah’s point and still thought the Costco worker should make less.

“Being a nurse requires a skill that was achieved by going to school and for someone to make this amount of money by just checking receipts is insane,” a commenter wrote.

The Daily Dot reached out to @khaleah via TikTok comment and to Costco via email.