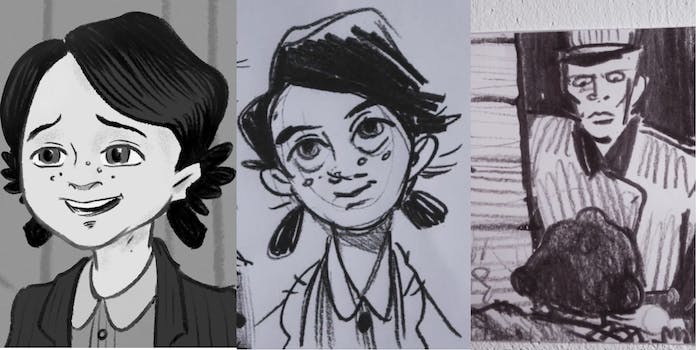 'Seriously who thought a Holocaust video game would be a good idea?'

A documentary about the development of a Holocaust video game that premiered at the Human Rights Watch Film Festival has people asking: When it comes to gameplay, how far is too far?

The film, Tacehles: The Heart of The Matter, follows the creators of the game through its development as they try to bring to life experiences of their ancestors, an SS officer and a Holocaust survivor, according to Jewish Boston.

“This sounds horrible!,” Twitter user @Jewish_Activist wrote.
“Seriously who thought a Holocaust video game would be a good idea?”

Many questioned the outcome of such a game.

Another video game, The Light In the Darkness, also depicts the Holocast and is slated for a 2022 release.

Some pointed to instances of helpful historical video games, such as This War of Mine.

“I dunno This War of Mine was a way of teaching the experience of civilians in wartime by someone who survived the Bosnian War & it’s legit spectacular, I’m not against the idea of it in general but the execution doesn’t look great,” @remembrancermx wrote.

Another user said the concept of a Holocaust had been used too liberally in their past experience with Detroit: Become Human.

“Detroit: Become Human has multiple endings and one of them is essentially a holocaust,” @fasteronfire525 wrote. “It left me very shaken. I cant even imagine thinking this would be a good idea.”

And yet another user has pointed out that the concept of a Holocaust game isn’t original by any stretch of the imagination. A 2013 board game called Train explores the Holocaust by using concepts of rule-following and complicity.

@Samuentaga pointed out that the Holocaust has been featured in many films and games, and that it depends on how it is approached, writing: “As long as it’s approached with sensitivity, what’s the issue with games?”

Its production company, Ruth Films, gives a synopsis of the film online, in which it describes the game as showing “how the trauma of the survivors affects the third generation. By bluring the truth and switching the roles of victims and perpetrator.”

“Yaar is a young Israeli living in Berlin, refusing being a Jew,” the synopsis reads. “He accuses his father of suffering from the Holocaust although he never experienced it firsthand. In order to face his own family history, he decides to communicate the Holocaust in a new way: in a computer game. Together with his two German friends, he creates a 1940s Germany in which Jews can defend themselves and Nazis can act humanely. His father is shocked. … By bluring the truth and switching the roles of victims and perpetrators – can anyone cope with his own history?”

No release date for the game featured in the documentary has been shared. The Daily Dot has reached out to the film’s producers.