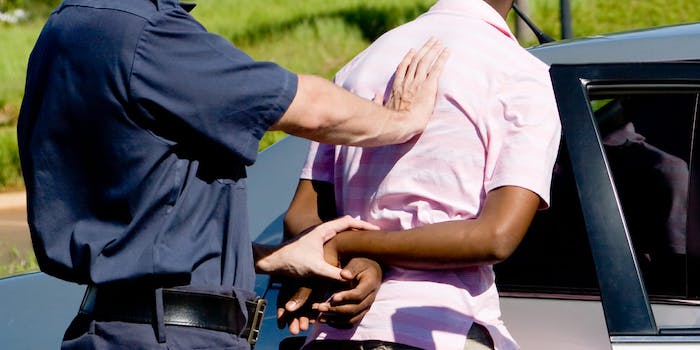 It's time to turn your shock over the viral Starbucks incident into action.

The arrest of two Black men for doing nothing in particular at a Starbucks in an upscale Philadelphia neighborhood has compelled white people across the country to confront what people of color have known all along: Police target minorities when they aren’t committing crimes.

In the days following the arrests, there has been a lot of commentary from various writers and organizations about how to be a better ally to communities of color when they face brutal and unreasonable responses from law enforcement. Melissa DePino, the Philadelphia area writer who uploaded a video of the arrests that subsequently went viral, has been applauded for using her white privilege to draw attention to the way the Black men (who remain unidentified, presumably at their request) in Starbucks were treated by the police.

This vital conversation concerning law enforcement and race has yielded some great suggestions as to what you can do if you find yourself in a similar situation, and how you can use your privilege to assist a person of color who is being targeted. Here are some of the best points that have been brought forth.

DePino and real estate developer Andrew Yaffe, both white, approached the officers at Starbucks to ask why the two men were being arrested. Speaking up is a simple but effective tool when law enforcement is overstepping its authority. At the very least, it prevents police from saying that they didn’t hear conflicting reports at the scene and could make the person being targeted feel like they aren’t alone.

Asking key questions has become a common tactic when combatting Immigrations and Customs Enforcement (ICE) as well. ICE agents have been known to conduct illegal arrests targeting undocumented immigrants, often without a warrant. Last fall, an ACLU observer in Oregon was able to document a case of racial profiling and intimidation by not only recording video, but also clearly confronting ICE agents and asking them why they stopped a man they suspected of being undocumented without any proof beyond racial profiling.

In the video, the observer asks, “Do you have a warrant for arrest? Do you have any identification?” When she asks, “Are you getting your gun?” the agent appears to decide not to pull his firearm out of his vehicle. Eventually, the agents leave.

By pulling out her phone and taking video, DePino’s colleague took what has sadly become a routine situation and made it go viral. The video—shot by a friend and uploaded to social media by DePino, according to Philadelphia news site Billy Pen—is less than a minute long but has garnered international coverage.

For DePino’s part, she didn’t think the video would gain nearly the traction that it did. She told Philly Mag, “People ignore this kind of stuff. They don’t believe that it happens. People are saying that there must be more to this story. There is not. This would never happen to someone who looks like me. People don’t believe Black people when they say this stuff happens. It does. They want to know the extenuating circumstances. There are none.”

DePino makes a key point here: “People don’t believe Black people.” And by taking video of an incident, you can remove the subjectivity of competing accounts in the aftermath of the event. The odds are already stacked against anyone whose word is being taken against the police, especially a person of color. Video evidence can help tip the scales back in favor of the person being targeted.

DePino spoke to the Root shortly after the incident for a piece in which writer Monique Judge made the point: Not only does society want objective evidence in the case of police overreach, they want proof that there isn’t “more to the story.” Judge writes, “Implicit bias is when you witness a racist incident at Starbucks, record it and tell your friends what happened, but they still question your version of events and imply that something else must have happened to cause the men to get arrested.”

DePino corroborates this point, saying, “So many of my white friends were saying to me, ‘There has to be more to the story than that.’ It’s so frustrating.”

The Black men in the Starbucks incident were released after the district attorney’s office declined to have them arraigned. But even though the DA believed the men did nothing wrong, average citizens often need more convincing. That’s why when witnesses firmly assert the facts of the story, it makes it more difficult for the internet rumor mill to create a narrative about victims and perpetrators, as we so often see when a police officer shoots an unarmed Black man.

There are times when calling the police might be essential. Robberies, murders, sexual assault, and other serious crimes warrant police attention. But America is the most incarcerated country in the world, and that means that many situations that shouldn’t require police attention often get it anyway.

This is partially because Americans have been trained to rely on police as a first response. In fact, police handle situations that in other countries would be handled by social workers or other types of government employees.

A group of activists in Atlanta found a simple solution: Don’t call the police. The #DontCalltheCopsATL movement aimed to help Atlanta reshape their relationship with police. “We ought to use the police as a final resort,” the groups wrote on its website, “when we are faced with mortal danger, NOT when we are uncertain.”

Jim Chambers, a community leader in Atlanta and a founder of the movement told the blog Creative Loafing, “We’re saying that in this moment with the kind of training out there, the people who are running the force, the lack of community oversight, the lack of options for non-violent offenses, it’s just not safe to make that call right now unless someone’s life depends on it, no matter where it’s coming from.”

While the organization appears to have scaled back its presence after Chambers received death threats for not allowing police officers to join the gym he owns last year, its work is part of a broader growing movement toward reducing police presence and aimed at prison abolition that has gained a foothold in a number of metropolitan areas, including Chicago and Los Angeles.

Center those affected by the struggle

You want to help. That’s great. But one of the key aspects of allyship is not centering yourself, but those involved in the struggle. This is true whether you are standing in solidarity with Black Lives Matter, protesting ICE, or supporting the teachers’ strikes.

At Splinter, Collier Meyerson wrote a piece titled, “Dear white friends: Here’s how to support BLM without making it about you.” Meyerson was inspired to write the piece when a photo of her white ex-boyfriend being arrested at a Black Lives Matter demonstration went viral. The piece offers a number of thoughts on the role of white people in a movement by and for people of color. She sums up her thoughts here:

“While the role of white participants in Black Lives Matter shouldn’t be left to black organizers to figure out—black Americans have had to contend with racism and it isn’t the responsibility of blacks to show whites how to be good allies and comrades—white activists and sympathizers to the Black Lives Matter cause should take a page from white activists of the civil rights movement: that black people are the leaders, that the movement is centered around them, that glorifying white participation in a black-led movement is gauche and unhelpful, that this isn’t about white people.”

While this is a straightforward concept, making sure you do the right thing can be complicated. In fact, the kind of support that is appropriate in one situation may not be appropriate in another. Luckily there are several movements, including SURJ (Showing Up for Racial Justice) and White People 4 Black Lives that organize white people and help them speak out on behalf of people of color without centering themselves. There is also plenty of writing by Black and Latinx writers offering more specific ways that white people can provide support while not making the struggle about them.

Figuring out your role as an ally is challenging and ongoing work. It requires not only an evaluation of society but also of yourself. As Limi Simbaklia wrote in her Blavity essay following the slaying of Stephon Clark by police last month, “Talk to other white people because black people’s voices are going unheard. Talk to the person in your mirror too and consider your role in all of this.”