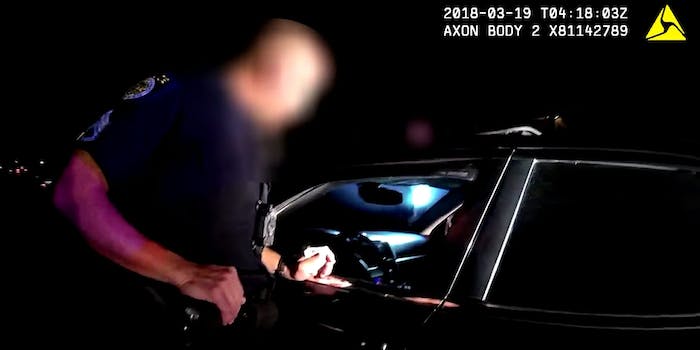 Police wondered if he was pretending to be incapacitated.

A total of 53 body camera and in-car camera videos were made publicly available on YouTube on Monday. In the footage, police seemingly refused to give immediate aid to Clark after he was shot eight times, as officers wondered if Clark was simply pretending to be incapacitated.

“We need to get you medics but we can’t go over to get you help unless we know you don’t have your weapon,” one female officer shouted at Clark in the footage, who remained unresponsive on the ground. “Sir, can you move? Can you hear us?”

Officers feared Clark was armed, but after being searched, it was revealed he only possessed a cellphone.

Two minutes after the female officer shouted to Clark, officers proceeded to approach Clark’s body, handcuff him, and begin CPR. A minute of CPR proved unsuccessful, and Clark was later pronounced dead at the scene.

The long wait to resuscitate Clark is raising further questions after an autopsy from Dr. Bennet Omalu suggested he was still alive three to 10 minutes after being shot, the New York Times reports. The department has since announced that it will investigate whether officers acted inappropriately by delaying medical aid.

“That’s part of our investigation, looking at when aid was rendered,” department spokesman Sgt. Vance Chandler told the Sacramento Bee. “We will look at if it was appropriate given the circumstances.”