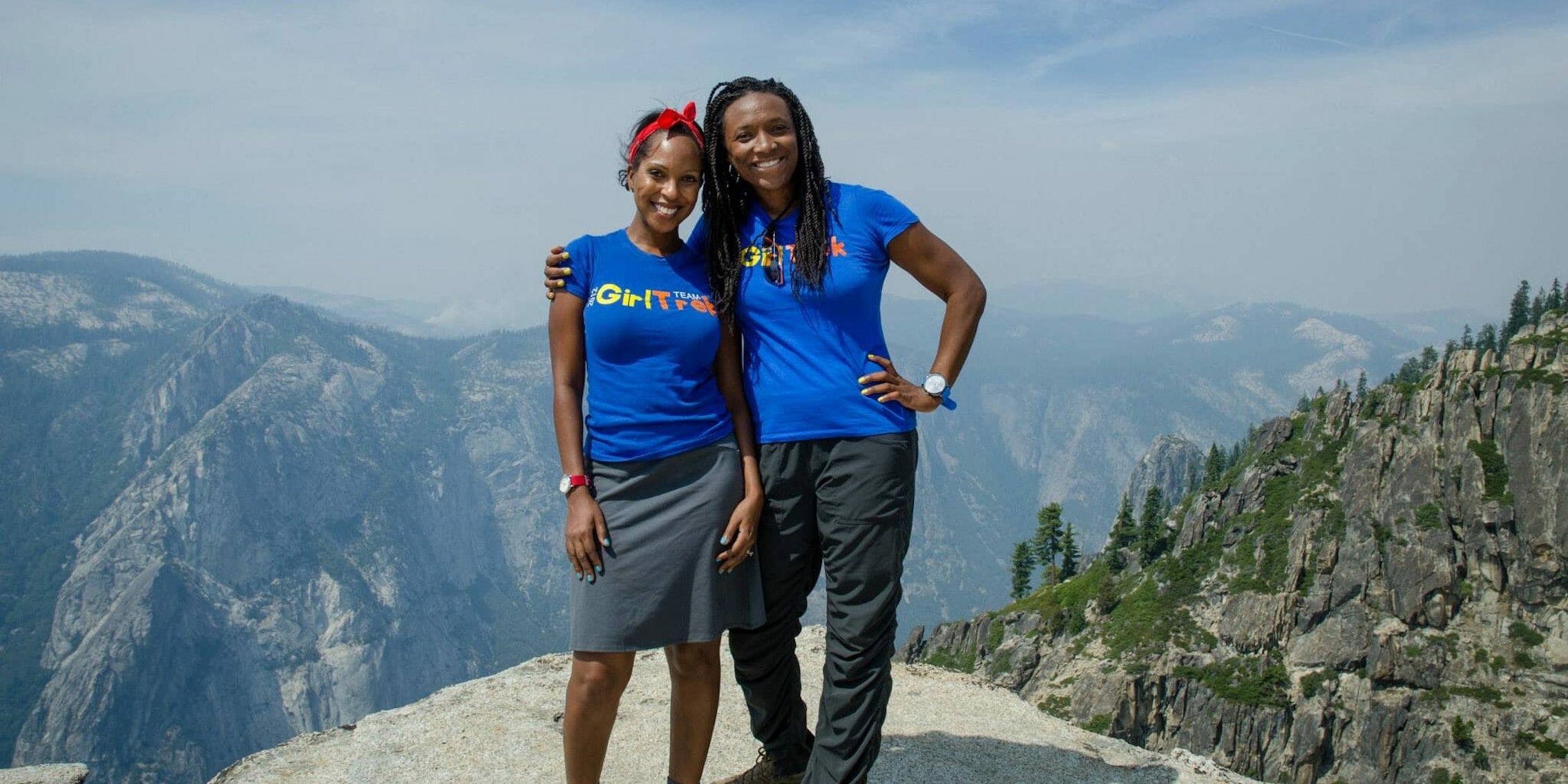 Two friends refused to fall victim to the grim health statistics faced by Black women, so they founded a movement.

“We typed in the words ‘healthy Black women and girls’ and only pornographic images came up,” Dixon explains. “And for us, that was really telling because we were like, well, if a young girl can’t Google it and see what it looks and feels like to be a healthy Black woman, she can’t aspire for it.”

The year was 2010, and she and Garrison had just graduated from college. From the frontlines of their own families, they had witnessed an awful truth: Black women die from preventable chronic diseases at faster rates and younger ages than any other population in the United States. They decided they could no longer watch from the sidelines and risk repeating these negative patterns. During a brainstorming session about how to inspire women in their community to get active, they noticed the Google search disconnect and became even more convinced the time for change was now.

But to move forward, first the women had to look back—to activists like Harriet Tubman, who literally walked herself to freedom, and to the organizers of the civil rights movement, who were powerful examples of how walking has been able to create change in the Black community.

“Inspired by our conversations, inspired by how walking had transformed our communities throughout history, we decided to invite a group of our personal friends and family to walk with us in a 10-week challenge,” says Garrison. “That was the genesis of GirlTrek.”

From that small seed, grew the largest public health nonprofit for Black women and girls in the United States. Officially launched in 2012, GirlTrek has transformed into a national movement that inspires women to become their own agents of change. The premise is simple, practical, and follows the Center for Disease Control’s guidelines—just get walking, for at least 30 minutes, five days a week.

But it’s also so much more than that. Rather than focus on an ideal body image, dieting, and weight goals, GirlTrek encourages women to be dynamic, radiant, brilliant, and kind. It’s an entire lifestyle centered around becoming the best version of your self, whatever size that may be, and then supporting the women around you to embrace the same kind of mental and physical shift.

Dixon explains that labor is tricky for their community; with a complicated history, physical activity is often the last thing women want to spend their free time doing—it’s just more work. She and Garrison had to come up with thoughtful ways to establish healthy habits that were about less about eating kale and breaking a sweat, and instead focused on joy, sisterhood, and a sense of community.

“The current narrative around health as it relates to Black women wasn’t resonating because it wasn’t addressing the root causes of why women were inactive,” Garrison says. “Those are complex, and they’re rooted in systematic inequalities and access and resources. Women were frustrated because the current conversation is around diet fads and what you can do for quick fixes and that kind of health renaissance movement had passed Black women by.”

Which is why those who take the GirlTrek vow pledge to participate in a radical kind of self-care that, perhaps for the first time, speaks directly to them. They become members of an all-inclusive club that has inspired more than 150,000 women to take better care of themselves and their communities. Which is how the movement has spread like wildfire in just five short years. While the bottom line is daily exercise, GirlTrek is innovative in its rallying power—it challenges its members to become influencers and changemakers, to become leaders themselves in solving this health crisis.

For LeighAnna Kingvalsky, a GirlTrek organizer and the current Miss Black US Ambassador, being able to take something as simple as movement to join her local New Orleans neighborhood to something larger and so powerful is extraordinary. As a fitness nutrition specialist, she uses her pageant platform and area of expertise to educate her community about healthy food and meal options through nutrition workshops and grocery store tours.

“I just really want to make sure that our community has the tools, resources, and education to prevent and manage metabolic diseases, such as heart disease and diabetes, that really plague our communities and can be prevented,” she says. “We’re just going on walks, but it’s more than walks—it’s an opportunity for all of the women to connect, motivate each other, learn from one another, and just see everybody’s journey.”

Once Garrison and Dixon peeled back the layers of physical weight and inactivity, it became clear that for Black women, health and wellness is, and has often been, connected to justice. During a TED Talk the founders gave in April of 2017, they shared that 137 Black women die every day—one every 11 minutes—of preventable diseases, which is more than the deaths related to gun violence, cigarettes, and HIV combined.

While old-school word of mouth has played a huge role in GirlTrek’s growth—women just picking up the phone and asking other women to join them on their walks—harnessing social media’s power (the trifecta of Facebook, Instagram, and Twitter) has also proven invaluable. By 2020, Garrison and Dixon are aiming to mobilize 1 million black women to walk, in addition to training 10,000 to serve as public health activists, professionals, and role models. From yoga instructors and nutrition experts to neighborhood advocates and local legislators, they want to teach women how to show up and create positive change.

They will, however, never lose sight of the basic power of putting one foot in front of the other. That’s because the philosophy underlying GirlTrek’s foundation is the belief that a woman cannot change the world before she changes her own life. Staying rooted in their personal and cultural history is also essential, and this past April they launched their largest campaign to date, the Road to Selma.

Hoping to spread GirlTrek’s message even further, what the founders are calling a “wellness revival” is, in fact, a nod to the civil rights era’s teach-ins. For the next 12 months, the national tour will travel across the country, making 50 stops that include skills-training pop-ups, picnics, protests, and parades. The pavement party will reach its summit on May 24, 2019, in Selma, Alabama, for a three-day sweeping festival of workshops, storytelling, music and, of course, walking—in this case, the 54-mile route from Montgomery to Selma.

“I think the world is starting to understand the untapped power in leadership of Black women across the country,” Morgan echoes. “I think that we are showing up and we are leading in ways that are absolutely necessary for our country right now.”