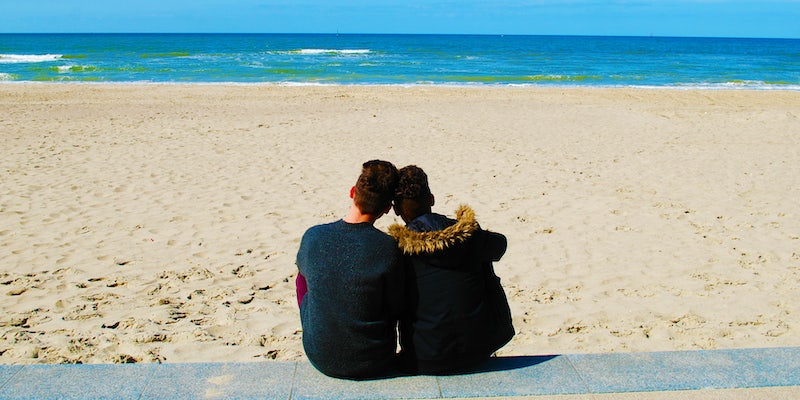 The best of gay Tumblr

From gaymers and comics to pop culture worship, these blogs will spruce up your dashboard.

Of course, our tastes are even more varied than that. Everything from gaymers to comics to pop culture worship light up our likes and refresh our reblog posts into a cultivation of what makes up our culture. Although there’s an innumerable amount of them out there, here’s a scratch at the surface of the best gay Tumblrs.

The best of gay Tumblr

Where else are you going to be blessed enough to see a picture of Lindsay Lohan’s grandmother brushing shoulders with the Easter bunny? Yes, this blog is run by an anonymous gay teen who knows what all nostalgia-sick millennials know: Pop culture hasn’t been topped since the year Miley Cyrus mounted an ice cream cart to pole dance to “Party In the USA” at the Teen Choice Awards.

Here you’ll find a treasure trove of tabloid trash that documented the perils of 2007 Britney, leaked texts and pics from Lindsay’s BlackBerry, and of course plenty of paparazzi snaps that the Beckhams and Olsens likely want us to forget.

If you’ve ever wished there was an old-school print newspaper with a comics section that’s completely LGBTQ, then this Tumblr is your mecca. LGBT Webcomics frequently compiles tons of animated strips throughout the Tumblrsphere into one place. The works range from heartwarming coming-out tales to zombie apocalypses. The icing on the cake, which has to be emblazoned with the blog’s rainbow cat logo, is that this Tumblr tags its works into a full spectrum of subjects and identifications: Poly, Pan, Trans-Nonbinary, etc.

Michael & Luigi have a lot going for them when it comes to covering many bases of appeal for gay men. They’re gaymers. They’re powerful cosplayers. They’re totally #vers. They’ve also got a YouTube channel. And they’re a happily married DILF couple. So, even if you aren’t as psyched about that unexpected Suicide Squad Oscar win as they are, their passion for bringing video game and comic book characters to life is infectious.

It’s no secret that RuPaul’s Drag Race is enjoying being at the top of its game with its ninth season. That cheerleading challenge! The celebrity guests! The cultural commentary that tackles serious issues that actually makes us think about our community! Gaga!

So, naturally, you need to send GIFs from the reality drag queen competition to your friends when shade needs to be thrown in response to them not being down to go to your favorite local gay bar for a viewing party. This blog also doubles as a Christina Aguilera altar too, but keep that GIF set of Trinity Taylor successfully lip-syncing for her life to Britney’s “I Wanna Go” on repeat.

We’re going through rough times. We’re living in a world where young, gay public figures like Colton Haynes, Gus Kenworthy, and Tom Daly beautifully come out only to have our hopes and dreams crushed by being snatched up into serious relationships. We don’t stand a chance.

But we need to get our #relationshipgoals from somewhere and keep our hearts warm. So, Clinically Moi ties together passionate snaps and GIFs of gay couples from fiction, photoshoots, and IRL.

Making a cameo in the Clinically Moi’s reblogs is the Shirtless Violinist. He’s exactly what and how hunky as you’re thinking he is right now. His name is Michael and he covers classical music on his violin. Amongst his most recent is a cover of “Evermore” from the new Beauty and the Beast live-action film adaptation. He even admits to shamelessly belting out the tune in the theatre during the credits. But if you’re not into classical music, he posts shirtless photos of him sliding down handrails and posing on dining room tables for delicious bonus points.

With the taste of this Tumblr, you’ll be on a ride… As you might have caught, the title of this blog is indeed inspired by the Britney classic “Toxic.” On Poison Paradise, you’ll take a sip from miscellaneous hunky male models and celebrities, as well as entertainment coverage from the front lines of pop culture. Being able to see the latest Zac Efron shirtless candids while checking out the latest Ariana Grande video is as sugary as a unicorn frappucino.

When we’re tired and not “looking,” we’re all guilty of trolling guys on Grindr… Adele “Hello” screencaps, anyone? But Lesbian on Grindr may have us all beat.

She is a gay woman who regularly cops a gay man’s phone to tease men on Grindr with an outrageous fictional persona whose drag name is Squall Ryan and believes that house cats are jungle cats imprisoned. The best part though is that the guys on the other line are, as she claims, are “into it.”

Gay Men Central does us a solid by being “SFW.” Now, if you want to sit at your work desk and scroll through men shirtless, in their underwear, or straight-up naked as we look on from behind, go for it. But this Tumblr is updated extremely frequently so you can always count on it for fresh meat and skin.