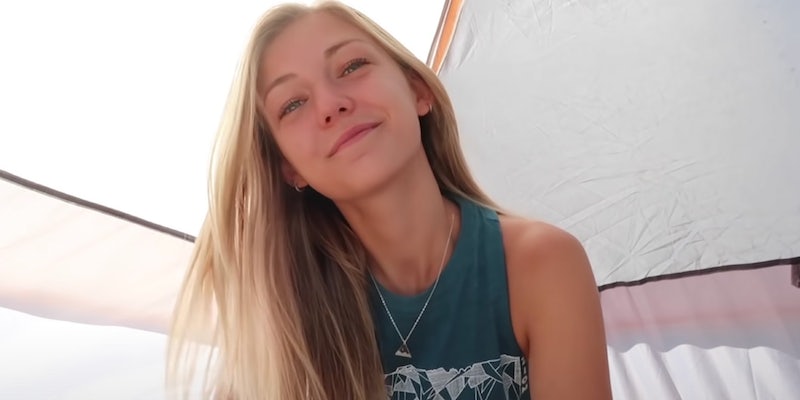 Her fiancé Brian Laundrie is a person of interest but remains missing.

The Teton County Coroner confirmed today that human remains found in Wyoming on Sunday are those of missing woman Gabby Petito.

The coroner, Dr. Brent Blue identified the remains and initially determined the manner of death as homicide. An exact cause of death is pending final autopsy results.

FBI Denver tweeted the information today along with a statement from Special Agent in Charge Michael Schneider:

“The FBI’s commitment to justice is at the forefront of each and every investigation. The FBI and our partners remain dedicated to ensuring anyone responsible for or complicit in Ms. Petito’s death is held accountable for their actions. Mr. Brian Laundrie has been named a person of interest. Anyone with information concerning Mr. Laundrie’s role in this matter or his current whereabouts should contact the FBI.”

The 22-year-old disappeared late last month while on a cross-country trip with fiancé Laundrie. Petito last spoke to her family on Aug. 25, and Laundrie returned to his parents’ house in Florida where both he and Petito lived on Sept. 1. He was driving Petito’s car, but she was not with him.

Laundrie was initially reported a person of interest in the case but wasn’t charged. He then disappeared himself last week, causing a manhunt. As of Tuesday evening, he is still missing.

Locals have been harassing Laundrie’s parents outside of their home, demanding to know his whereabouts and all of their roles in the disappearance. The family has maintained that they do not know where he is.