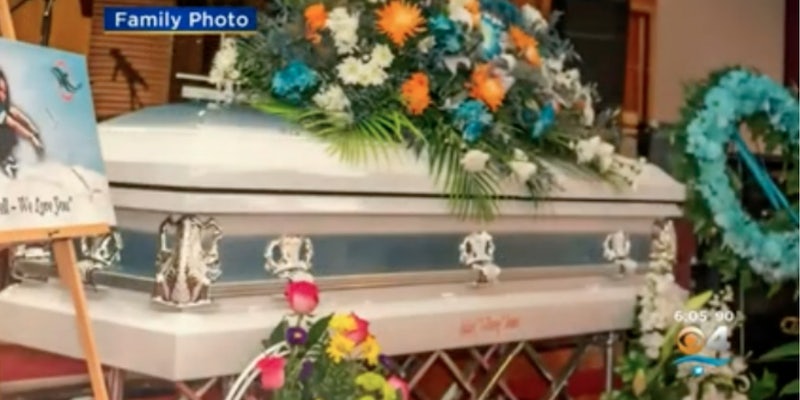 The woman's family is suing the funeral home.

A Florida funeral home is being sued after a worker allegedly took a picture of a young woman’s disfigured body–only partially dressed and being prepared for burial. The photo later made its way to social media, according to West Palm Beach local news outlet WBPF.

The body of 27-year-old Jakiel Jones, who was struck by a car on January 18 while crossing the street, was left in the care of Steven Brothers Funeral Home. Four days later, a staff member allegedly “distributed the photograph to other non-family members, who in turn posted the photo on social media,” according to the lawsuit, which was filed with the West Palm Beach Court.

The family claims that the photo circulated on social media before they even had the funeral service for their daughter.

“To think that you’re hiring a funeral home, you trust your loved one with, and to have something like this happen, it’s a tragedy,” the deceased’s mother, Deanna Washington, said at a press conference on Wednesday. “I couldn’t see who could stand over a dead person’s body and take a picture of them to do wrong with. Nothing good. You took my daughter’s picture and you did wrong with it.”

The photo was swiftly removed after a family friend alerted the Washingtons to its existence. It is unclear how long the photo remained public, though. It is also unclear why the picture was taken and posted in the first place. The family is seeking $15,000 in damages–plus the costs already incurred–for the funeral home’s failure to treat the deceased’s body “with dignity,” which was allegedly a part of their contract, according to the lawsuit.

“All this lawsuit is about a violation of trust and basic dignity and respect, so no amount of compensation can bring the family back to what they were exposed to,” Nicole Hunt Jackson, the family’s attorney, said at the press conference.

The owners of the funeral home will reportedly cooperate with the investigation and plans to terminate the person responsible for the privacy breach.