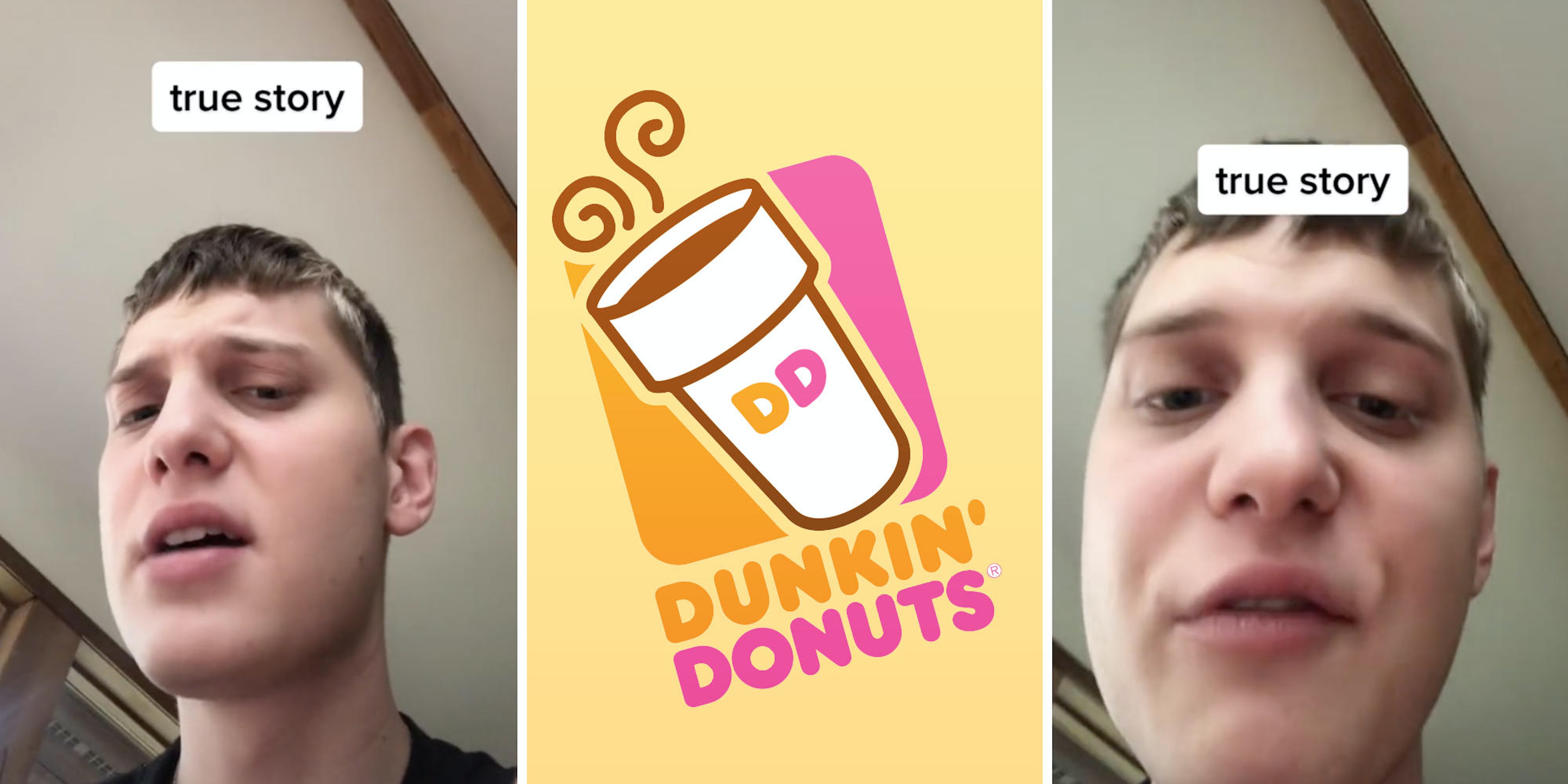 ‘I finally know the Dunkin’ and Starbucks people’s pain’: Barista says customer berated him because they didn’t have frozen coffee

'Sooooo… she couldn’t afford a coffee and wanted a free one.'

A “small-town coffee shop” barista is commiserating with the plight of food-service workers at big chains.

Dean Redmond (@deamredmonds) says in his viral TikTok video that he “finally know the Dunkin’ and Starbucks’ people’s pain” after his interaction with a customer who he says treated him poorly—all over a frozen coffee.

“I just had this woman come in and ask for a frozen coffee 10 minutes before we close, and I literally work at a small-town coffee shop, and we do not make frozen coffee, so I proceed to tell her we can do an ice coffee if you would like,” he says.

The barista then recounts his conversation with the customer, who allegedly didn’t want to take no for an answer.

He says he made her iced coffee with whipped cream and caramel drizzle. He says he put a lid for the drink on the counter, which prompted her to ask for a new drink altogether.

He says the customer “makes me remake the entire drink I put … the lid on top this time, so she can’t say anything.”

She then allegedly circled back to her frozen coffee request.

“She’s like, ‘This is not a frozen coffee! I asked for a frozen coffee like they do at Dunkin’. I’m like, ‘I literally told you—I’m sorry, we can’t do that,'” he says.

He says the customer then asked to speak with a manager.

He says he gave her the owner’s contact information, and the customer called the owner right in front of the barista.

“The owner then proceeds to tell her that we don’t make frozen coffees. She then hangs up and tells me she’s not gonna pay for the coffee ’cause we won’t help her. She then takes the coffee, proceeds to try to walk out the door,” he says.

He says he stopped her from leaving to tell her that if she wants to take the coffee, she has to pay for it.

“She’s like, ‘This is the worst customer service ever, and I’m gonna tell everyone not to come here cause you guys don’t have frozen coffee and don’t even ask because they won’t even try.”

Viewers speculated that the woman was trying to “finesse” a free coffee.

“Sooooo… she couldn’t afford a coffee and wanted a free one,” one said.

Others shared their own experiences in dealing with customers who make either impossible or nonsensical requests.

“I’ve had somebody order a Frappuccino but then say they want it with no ice and they didn’t want it frozen,” one said of the Starbucks drink, which is made up of a blend of liquid and ice.

Others shared their experiences of allegedly working at Dunkin’ specifically.

“I work at Dunkin’ and no matter what there is always someone complaining in the store,” one said.

“I worked at dunkin for 3 months. Today was my last day because yea, Im not dealing with that anymore,” another wrote.

Compt.io reported that food-service establishments, like restaurants and coffee shops, can experience an employee turnover rate that ranges from 150%-400% in some instances. The Boston Globe reported that stress in the food service and hospitality business reached an all time high in 2021 due to the impact of the COVID-19 pandemic. CNBC also reported that 50% of American employees stated work is too stressful and that U.S. workers rank as some of the most stressed in the world.

The Daily Dot reached out to Dean via TikTok comment.