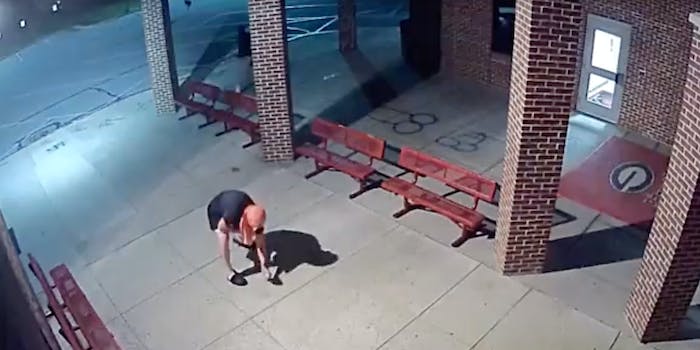 How 4 teens’ cellphones exposed their involvement in a hate crime

They spray-painted racial slurs, swastikas, and 'KKK' at their high school.

Four white teens were charged with a hate crime–it was the cellphones in their pockets that gave them up.

The story, detailed by the Washington Post on Tuesday, surrounds a 2018 incident, in which four Maryland teens spray-painted racial slurs, swastikas, and “KKK” on and around Glenelg High School. They later claimed it was for a “senior prank.”

On the evening before graduation, the group snuck onto the school grounds and used black spray paint, not only to vandalize the property with homophobic slurs but also to single out their Black principal.

Despite the young men vowing to never fess up to the crime, police were able to quickly identify them thanks to surveillance video and the school’s WiFi connection.

Even though the teens covered their faces with shirts, the group forgot that students’ phones automatically connect to the school’s internet–with a unique user name for each student. In other words, as soon as the four teens came into range of the school’s WiFi, their presence at the scene was digitally recorded.

The group was arrested the next morning, but not before the principal, the students, and the community saw the damage. Each offender denied holding racist or hateful views and claimed that the “prank” merely got “out of hand.”

All four were charged with a hate crime, vandalism, and destruction of property. The teens were ordered to carry out community service; spend numerous, consecutive weekends in the county jail; and were placed on probation for several years.