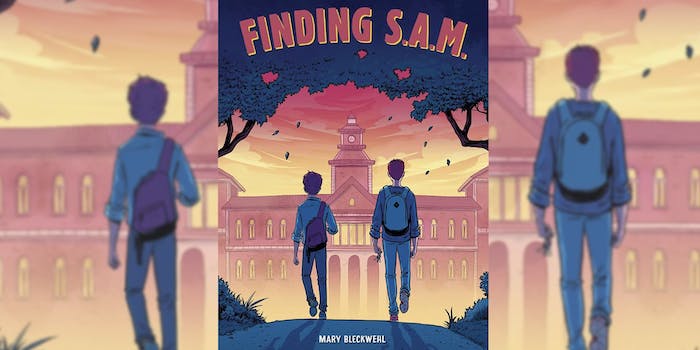 A book aimed at middle schoolers has been pulled from publication after readers with advance copies publicly expressed frustration with the way it portrayed autism.

Finding S.A.M. was set to be released next spring by One Elm Books, an imprint of Red Chair Press that publishes books specifically for young readers between the ages of 8 and 14.

Written by children’s author Mary Bleckwehl, the book follows the story of 12-year-old Zach who creates an imaginary brother to cope with having an “autistic and often embarrassing brother,” Braden, who begins attending the same school.

The book’s summary suggests that Zach’s journey revolves around learning how to love his older brother just the way he is. But the portrayal of Braden and how various characters in the book, including narrator Zach, react to Braden did not go over well with early readers.

An extensive thread from one reader who shared excerpts from the book calls out many times the story seems to focus on the “hardship” faced by the parents and brother of the autistic teenager, presenting autism as a terrible burden for “normal” people to bear.

She added that, as an autistic person herself, it was upsetting to read even just the book blurb because the phrasing there—seemingly echoed throughout the text of the book itself—is enough to make autistic people wonder if that’s how those closest to them feel. That’s something that can be particularly damaging for the young age group for which Finding S.A.M. is intended, the user said.

Another Twitter user shared an email from Red Chair Press initially pushing back on the criticism, noting that “the book was written by a mother with an autistic teen son and her own family experiences.”

However, after the excerpts circulated across social media and responses to the material were largely negative, the company announced on Thursday that it would be pulling the book.

“While the premise was to celebrate the love between brothers, there was inherent insensitivity to autistic readers. We had no ill intent, but apologize for any pain caused,” the statement reads.