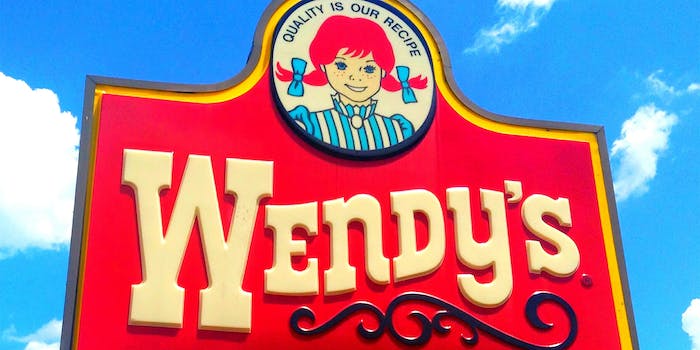 Wendy's refuses to join a program that has eradicated workplace harassment.

The Me Too and Times Up movements against sexual harassment in the workplace have made much headway since erupting into the public consciousness months ago. However, one could argue that the greatest beneficiaries of the movements have been disproportionately privileged and disproportionately white. A group of farm workers is intent on changing that, however, and they are setting their sights on a big target: Wendy’s.

For decades, the Coalition of Immokalee Farm Workers (CIW) has sought to end sexual assault of farm workers and improve working conditions in Florida’s tomato fields (Immalokee is the tomato capital of America—90 percent of America’s winter tomatoes are grown in the region). So far, the CIW has reduced sexual harassment and assault by 90 percent among farm workers in Florida, and convinced 60 percent of the fast food industry to commit to meet its standards when sourcing tomatoes. This includes getting four of the five largest fast food corporations in the country—McDonald’s, Subway, Burger King, Taco Bell—to join its Fair Food Program (FFP). Since CIW workers lack a formal union, the FFP represents a way for them to protect their rights and improve working conditions.

However, Wendy’s refuses to get on board.

The CIW officially launched a boycott of Wendy’s in 2016 and has held a variety of actions meant to put pressure on the fast-food chain to adhere to fair working conditions. But last week, the coalition launched their largest action against Wendy’s yet: The “Freedom Fast,” a week-long group fast held outside of the office of Nelson Peltz, the chair of Wendy’s board of directors. It began on March 11 and culminated on Thursday with a large rally and march in Manhattan and picket lines at various Wendy’s locations across the city. This action, on social media under the hashtag #TimesUpWendys, aimed not only to push Wendy’s to join the FFP, but also to raise awareness of sexual exploitation across the farming industry.

A silent vigil by Freedom Fasters and supporters from across the country in solidarity with the farmworkers in Mexico’s fields – where @wendys has chosen to buy their tomatoes – who are silenced by impunity, violence and corruption. #TimesUp #TimesUpWendys pic.twitter.com/CqYFtfqtMd

The CIW has emerged as a much needed corrective in an industry rife with poverty wages and worker abuses. According to the United States Department of Agriculture, “poverty among farmworkers is more than double that of all wage and salary employees.” While male farmworkers earn an average of $16,250 annually, female farmworkers average a mere $11,250. 80 percent of female workers report sexual harassment or assault.

At the heart of CIW’s fight for fair rights is that the group is led by the farm workers themselves. Their strategy involves reinvestment in education and training of the workers in order to equip them to advocate and further build their movement.

In turn, the CIW has organized a number of effective campaigns to get industry giants to invoke change over the past 25 years. For example, in 2001, the CIW led a four-year effort that forced Taco Bell to meet a number of demands, including adding a penny to the price of every pound of tomatoes and taking responsibility for human rights abuses on their farms.

After this first victory, the coalition had a system in place, and they were able to go to work on other industry giants: Burger King and McDonald’s joined the fold in 2007, and from there, Whole Foods, Trader Joe’s, Chipotle, and Subway all signed on. The largest victory to date came for the organization in 2014, when Wal-Mart, who is responsible for 20 percent of America’s fresh tomato sales, met their demands.

In 2011, the organization launched the FFP, which formalized the CIW’s requirements and provided a blueprint for accountability among their signatories. The FFP has come to be recognized as among “the best workplace-monitoring program” in the country and is considered “a model for agriculture across the US.” Women’s rights is one of six key elements to the FFP, showing that sexual harassment and abuse is a labor rights issue and for it to be overcome, it needs to be treated as such.

The fasting and protesting that took place this week is just one aspect of the Wendy’s boycott that began in the fall of 2016, including a petition has so far garnered over 110,000 signatures of support. Though Wendy’s has attempted to dodge the FFP by issuing their own code of conduct and sourcing more tomatoes in Mexico, the CIW is making progress.

Boycott events and social media efforts will continue across the country. Hopefully, it’s only a matter of time before the only “Big 5” fast-food chain with a female mascot honors the commitments it needs to make to women and low-wage workers.

Until then, the CIW will be in the streets and online, fighting and leading as an example of a sustainable, successful women’s workplace movement.