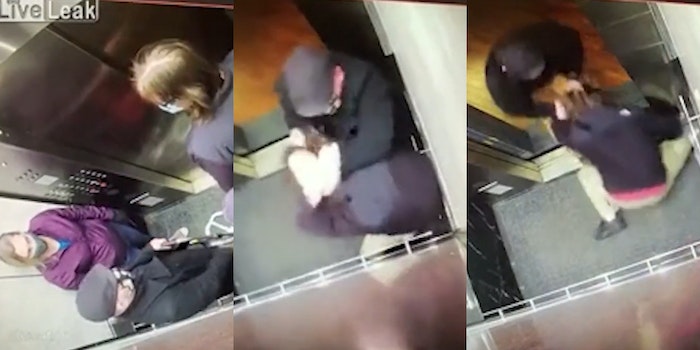 It's vicious. And delightful.

A blistering viral video shows a man in an elevator pummeling a stranger who coughed on him and other passengers.