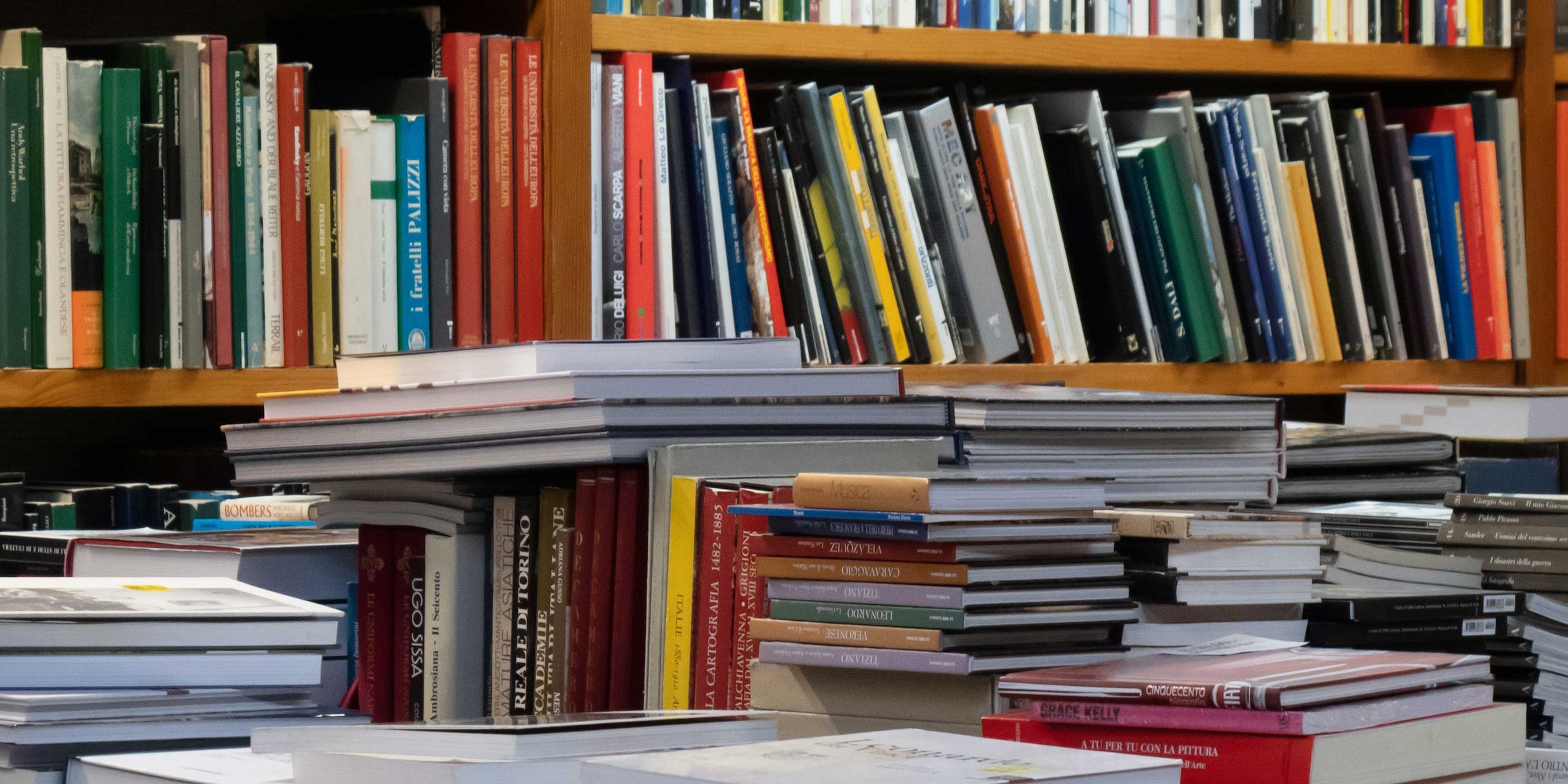 The publisher has since apologized.

Writers on Twitter are calling out Dzanc Books, an independent publisher, for releasing a book that includes inaccuracies about the Middle East and racist narratives about Islam.

On Tuesday, Dzanc Books announced Hesh Kestin’s novel The Siege of Tel Aviv, about the state of Israel being attacked by five Muslim nation armies and “ceasing to exist.” It’s “bizarrely funny,” according to the description. Steven King, who blurbed the book, said, “an irrepressible sense of humor runs through it.”

From what it’s seen so far, Literary Twitter disagrees.

The book description immediately stirred up a conversation on Twitter, with many saying the language in the description was blatantly racist and Islamophobic, as well as an inaccurate portrayal of Iran as an “Arab” nation, which is not true.

Goldman told the Daily Dot that as soon as he read the marketing copy of the book—he says he has not read the book in its entirety—he knew the racist rhetoric it was implying.

“This is clear from the copy’s misidentification of Iran as an Arab nation, the stated premise of a broad multinational Islamic conspiracy to wipe out the Jews, the use of the pejorative spelling ‘Moslem,’ the link drawn between the ‘Moslem armies’ and Nazis, and the promise of fun and humor in justified Israeli retribution against Muslim oppressors,” Goldman said in an email. “I found it indistinguishable from right-wing Israeli propaganda. This is the kind of thing that helps to bolster rampant Islamophobia in Israel (which justifies continued violence against Palestinians), among Jews worldwide, and in the broader culture.”

Emmy Award-winning poet Tariq Luthun, who also engaged in the Twitter conversation, told the Daily Dot that he doesn’t know the writer’s specific ideologies, but what he read in the description and the excerpt available online goes beyond Islamophobia. “We’re also talking about racialized communities; we’re talking about the conflation of Iranian with Arab [identity]—this kind of trope that Arabs are trying to enact a second Holocaust.”

Steve Gillis, co-founder of Dzanc Books, told the Daily Dot he had read the book three years ago as a parody, explaining that he saw the “Iran as an Arab country” description as a nod to how many Americans ignorantly conflate countries in the Middle East.

“Hesh was a foreign correspondent for 30 years at Forbes, he’s not presenting it as an inaccuracy,” Gillis said. “This is how I read it. Maybe I am wrong, for that, I feel badly. These countries are all perceived the same by we, in America. It’s all just a freaking blur. Nobody understands that there are cultural differences, there are differences within each country. It’s not so much an inaccuracy. He was taking it to an ultimate extreme.”

Many others saw it as racism and expressed so on Twitter:

Wow. This is blatantly Islamophobic/racist. Sending love to all my Muslim homies who have to face such an obvious affront to their personhoods yet again. I strongly endorse @TheCollagist, a beloved publication, disassociating with Dzanc Books. Y'all can do your work without them. https://t.co/JnZ5OMiwkJ

Just read the dzanc books description and statement and truly how could anyone pretend they didn’t see the rampant Islamophobia. Definitely pull the book is that even a question. Anyway here’s a reminder of who is actually under siege in Israel. https://t.co/EivBtjNAEq

as a jew, that dzanc shit is sincerely embarrassing. not only because it’s outright racist and islamophobic, WHICH IT IS, but because that exact book with that exact plot is a real common one for israelis to self-publish and it’s unreadable and trashy on top of violent

Many called for the book to be pulled. Luthun, who is Palestinian-American, says he would like some accountability from the publisher, but at the same time is also trying to be mindful of what censorship looks like. He has also not read the book in its entirety.

“This isn’t about censorship for us,” he said. “This is really a conversation about gatekeepers—who are the readers, who are the editors who read this more than once and let it get to this point?

“I think, for us, we want to avoid the disingenuous language when a publisher claims to be about a certain community or claims to be advocating for a certain thing and then publishes voices or work that’s crafted upon ideologies that are counterintuitive to the safety, to the security of those communities they claim to be upholding the values of,” he added.

In the immediate aftermath, Dzanc Books issued a tweet, saying, “Many books are not as simple as their jacket copy” and if the book “failed,” it’s up to the readers to decide. While this is true—writers and editors don’t always write the description on the back of the book, which is often reductive for marketing purposes—numerous hands likely signed off on it.

Many books are not as simple as their jacket copy. But if this book has failed, that's for readers like you to decide. We're glad to send a review copy to anyone who'd like to read it and make a decision about it.

Some argued that Dzanc purposely chose to describe the book as it did to stir up controversy.

I hate to give this any more attention, because that has been their goal. But it is wild to see press to cash in on (what appears to be) harmful rhetoric for the sake of attention. I guess the writing itself isn't getting the job done over there.

Which is the opposite of what I've had from Dzanc over the last two years. I review their books all the time and I'm astonished that this is happening; their books are commonly the best ones I read.

“This is actually what we do see in the publishing world here, where there is a blatant capitalization on this alt-right, white supremacist field by books like this,” Luthun says. “I don’t know if this book was trying to do that, but it definitely was being targeted to capitalize on controversy.”

On Thursday, Dzanc Books issued another statement, this time by Gillis on the company’s blog apologizing. “If an error has been committed, it is not in our intent, but in the failure to consider how readers might perceive the novel,” he wrote. “It was my own blindness, and reading the novel as a parody, which has me so troubled now.”

But some worry that even as a parody, the book would tap into the fear-mongering against Muslims that happen in right-wing spaces. “I think the most generous reading of this defense would be that the entire book is meant to parody a racist, Islamophobic, right-wing Israeli attitude,” says Goldman. “But the excerpts of the book I have read don’t display the self-awareness such a project would have to show, at a bare minimum—nor does the marketing copy, nor do the statements I’ve seen from the author. In fact, the quotes I’ve seen from his preface to the book suggest that the book presents his worldview quite earnestly.”

The Dzanc Books saga is pretty embarrassing, but also a miscalculated risk they knowingly took. It was aimed at a very specific audience, the kind of audience that will engage in that propaganda and fear mongering. Don't let them act like this response surprises them.

I encourage diverse voices – I see value, for example, in VICE publishing interviews with Israeli West Bank settlers – but there is difference between that and publishing a book that based on fear mongering and harmful, racist stereotyping.

Because the narrative touches on Islamophobia, the conflation of Iranians and Arabs, and, as Luthun points out, a “kind of blanket view of all the Middle East as a monolith, coding Arabs as this savage entity,” it ends up providing a “reductive view of the population” and “defeats the grounds upon which parody is based.”

“I understand the notion of a parody, I understand this is the fear of a community of people, specifically when we talk about the Jewish community who’ve been persecuted over the course of a millennia, and nobody’s doubting that, nobody’s denying that there is a place in this world for Jewish literature certainly by people who want to express a certain fear,” says Luthun. “However, that fear in its execution, that parody in its execution was rooted in very reductive, racist, Islamophobic stereotype.”

Many weren’t happy with Dzanc Books’ apology and felt they ought to do more.

is flat, and sneered at in some way, with no grounding, so it's impossible to know what's satire and what's disdain. I can't say that I am moved or reassured by Dzanc's current public statement. I hope they do the right thing and apologize to the community and pull the book.

Serious question, do these fuckers know what an apology is? Dude basically said “Sorry you’re too stupid to understand sarcasm, guess I should’ve had less faith in you” and thought that would go over…well?

Gillis went into further detail to the Daily Dot: “I feel badly because I read this as a parody three years ago and have not been in touch with this book until yesterday. So I was shocked, and I can understand everybody’s reaction now [with] the time frame we’re in now, whereas it wouldn’t have been read this way three years ago.

“If publishing this novel is an error, then we will listen to the complaints and pull it from the market,” he also said in his statement. “I am opposed to censorship, but we are living in fraught times and listening to the public is important. I truly thought readers would grasp the literary objective of the novel.”

He said Dzanc has already asked Amazon and bookstores to return the books if they wish. He estimated that they published around 2,000 copies.

There remain, however, concerns by forthcoming authors and other parties that have worked with Dzanc Books, who might pull back from their collaboration with them.

As a forthcoming Dzanc author, I am very disappointed by the publication of Hesh Kestin's The Siege of Tel Aviv. I spent some time reading the novel online, and believe calling it “absurdism with satire with social commentary” is beyond generous. https://t.co/lHjS6lJka4

2/3 They pay our web hosting fees and publish our chapbook contest winners, and that's it. We are now looking at other avenues for funding those.

Not for Dzanc’s traditional audience. Maybe they want a new audience and that’s definitely their prerogative. They’ll probably need to sign all new writers, too. And find new booksellers. Nobody’s talking about government intervention.

“We have never faced a situation like this and are willing to learn from this and move forward,” Gillis’ statement said in conclusion. He told the Daily Dot that they are also in conversation with the authors and collaborators who have expressed concern.