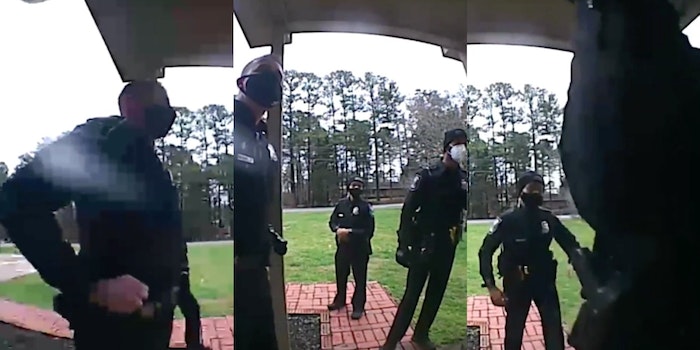 The officers allegedly didn't have a warrant.

A doorbell camera video shared to Reddit this week shows police allegedly barging into a residence in the Atlanta metro area.