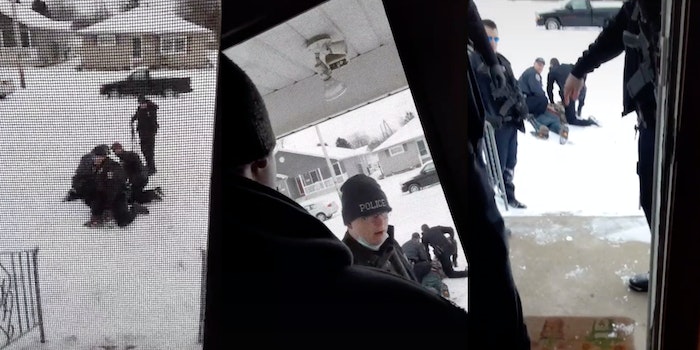 'Step out of the house, you're going to go to jail.'

A new viral TikTok shows five cops arresting a single man, then threatening to arrest the people filming the altercation from inside their home.