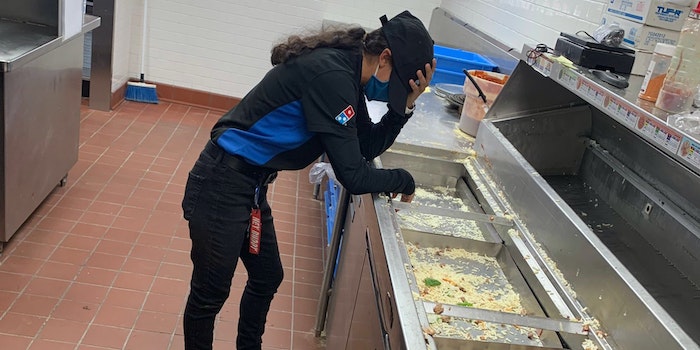 People are also comparing the image to the now-viral photo of Ted Cruz on his way to Cancún.

A photo featuring exhausted Domino’s Pizza employees working through the winter storm is going viral, and people are using the image to call for higher wages for all essential workers.