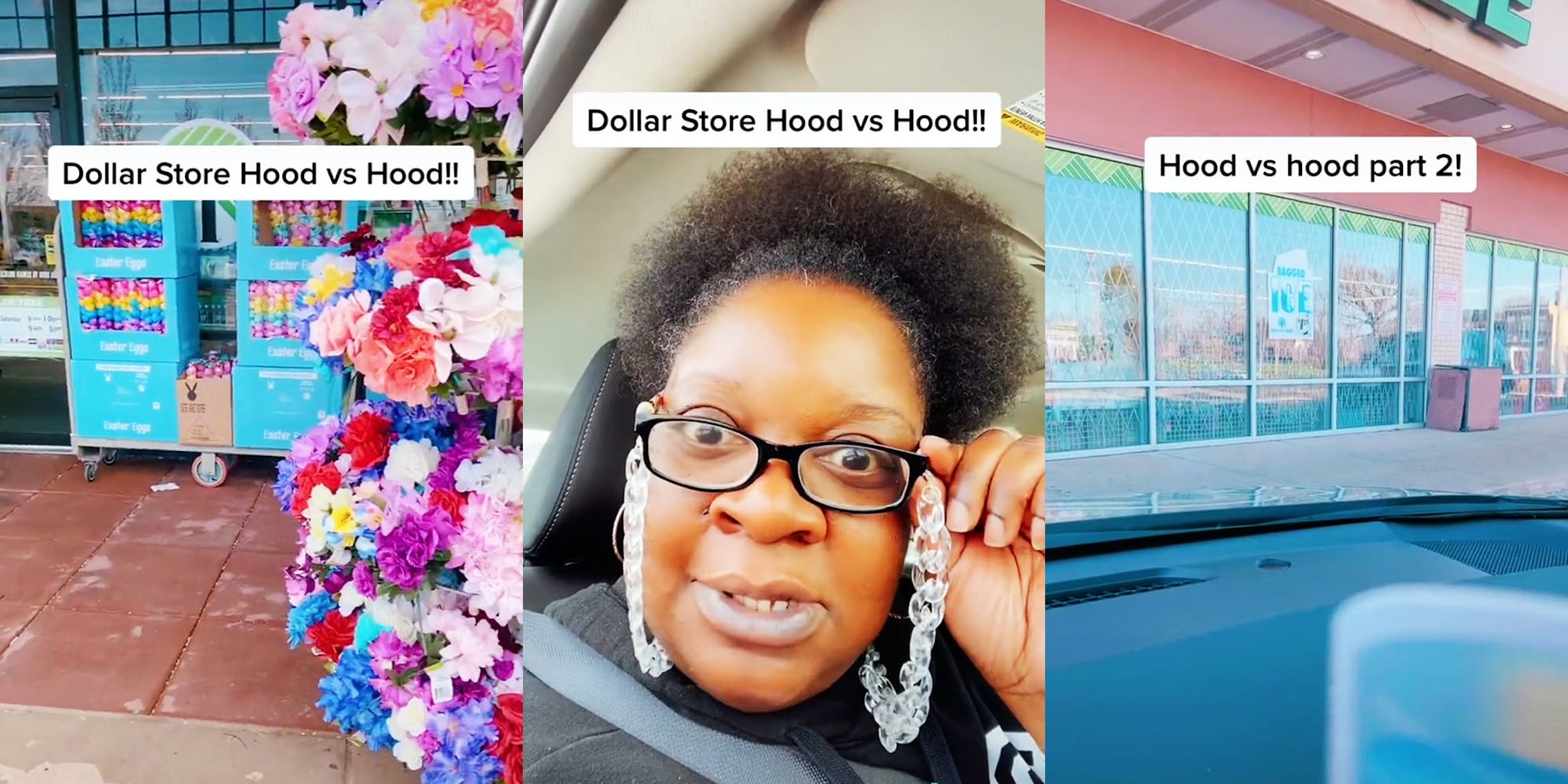 ‘Location is everything’: TikToker shows the difference between Dollar Tree in a wealthier neighborhood and her own

This month, a TikToker went viral for her “Hood vs Hood” video series, in which the creator visits and compares dollar stores in different neighborhoods.

Yolanda Jones (@yoyololo888) has over 25,600 followers and is known for her Dollar Tree recipe videos, as well as her comparisons of dollar and drug store locations in higher and lower-income areas.

In the first video of Jones’s “Hood vs Hood” series, which has over 6.2 million views, the creator films herself reportedly going to a more affluent neighborhood to check out its Dollar Tree. She notes the store has items sitting outside of the store on its sidewalk, is well-stocked with name-brand snacks, and offers more obscure foods like feta cheese.

“Now you know damn well in my neck of the woods, they ain’t finna have this shit sitting outside,” the creator says in the video. “Look at these snacks, y’all. Name brand.”

“I was so overwhelmed with the difference of the Dollar Tree,” the creator continued. “All I can say is that’s a damn shame.”

In a second and third video, the creator reportedly shows the Dollar Tree in her neighborhood, which has bars on its windows, disorganized aisles, items and boxes on the floor, and poorly-stocked aisles.

“I wasn’t lying. I was so freaking disgusted in mine that I just walked out. I still ain’t bought shit,” the creator says in the video.

Dollar Tree is a retail discount store chain with over 15,000 stores in the United States and Canada. The chain sells products under a price point of $1.25, and last year reported over $7.73 billion in gross profits.

The TikToker’s viral video series sparked controversy in its comment section about the differences between the Dollar Tree locations. Some users blamed the store’s managers.

“Not only is this a problem because of the location but has to do with poor management. who ever works there needa be replaced,” one person accused.

However, many users agreed that the location explained the difference in quality.

“Yes! This is true! Based on your neighborhood the dollar tree will differ!” one person replied.

“Location is everything! From policing, schooling, food choices (healthy v junk) to street quality and more,” another user commented.

This is not the first time Dollar Tree has been scrutinized for having locations that are drastically different. In 2019, an article by Business Insider showed how a Dollar Tree in a Florida suburb was more organized, well-stocked, and clean than one in downtown Jersey City. Dollar Tree has also faced heat in recent years for accusations that the chain contributes to food deserts in lower-income, mostly Black neighborhoods, according to Eater.

The Daily Dot reached out to Dollar Tree via its customer service form, and to Yolanda Jones via TikTok comment.