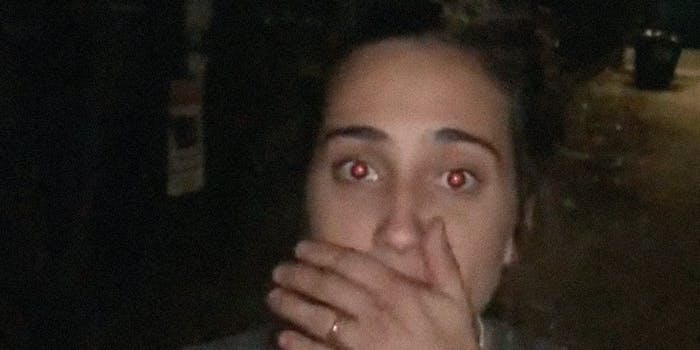 A woman reportedly got fired after allegedly telling a Black couple to “stay in your hood” at the dog park.

Acclaimed writer and noted Twitter user Frederick Joseph posted a video featuring the confrontation to his account on Sept. 25. “At the dog park in Brooklyn with my fiancé and this white woman was threatening to call police and told us to ‘stay in our hood’ because she had our dog confused with another dog who had been barking loudly. So, I started recording and she tried to slap the phone out my hand,” he wrote.

Joseph began filming after the woman allegedly made the racist comment.

The woman gives him and the camera the finger and attempts to slap the phone out of his hand.

“You just told us to leave the dog park and stay in our hood,” he repeats,

The woman covers her mouth and says: “Did you just say that to me? Sh*t.”

Joseph turns to a man, identified as Steve Tracy, for confirmation.

“You were right here watching this entire thing. Did she just not just stand here and tell us to stay in our hood?” Joseph asks.

“She did,” Tracy answers. The woman then walks away with her dog.

Joseph detailed the encounter in an interview with CBS2.

Joseph said the unnamed woman was upset because she confused his pet with another dog that was loudly barking.

“I tried to explain, like, ‘I think you have the wrong dog,’ and then she just starts, like, going completely out of left field,” Joseph said. “At that point, I’m like, look, what you’re doing is deeply, deeply offensive, deeply racist, and I want to get this on camera because I don’t want there to be any misconceptions about what took place here.”

The woman was reportedly terminated from her position with conference software company Bevy. Bevy CEO Derek Anderson made the announcement on Twitter Sept. 26.

“@BevyHQ has zero-tolerance discriminatory behavior of any kind. Yesterday an employee engaged in behavior contrary to our values and has been terminated. We apologize deeply to all involved,” he wrote.

The Daily Dot has reached out to Joseph for further comment.