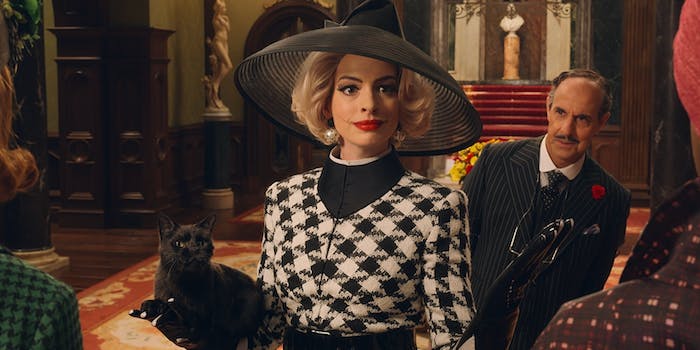 The actress apologized for the portrayal of her villain character's limb difference.

Following last month’s rollout of HBO Max’s new film adaptation of Roald Dahl’s The Witches continues, the movie was the subject of criticism from disability advocates. Anne Hathaway’s character, the Grand High Witch, is missing fingers, which in the human world is a condition called ectrodactyly.

Disability advocates say they’re upset that the film played into the trope of giving villains physical abnormalities, further “perpetuating the oppressive idea that people with disabilities are scary or somehow less moral than people without disabilities,” Jezebel writes.

Amy Marren, a Paralympian athlete, was one of the activists who called the movie.

“It’s upsetting to something that makes a person different being represented as something scary,” Marren wrote on Instagram this week. “Yes, I am fully aware that this is a film, and these are Witches. But Witches are essentially monsters. My fear is that children will watch this film, unaware that it massively exaggerates the Roald Dahl original and that limb differences begin to be feared.”

Hathaway addressed the backlash in a statement on Instagram on Thursday. “I am sorry. I did not connect limb difference with the GHW [Grand High Witch] when the look of the character was brought to me; if I had, I assure you this never would have happened,” Hathaway said.

She continued, “I have recently learned that many people with limb differences, especially children, are in pain because of the portrayal of the Grand High Witch in The Witches. Let me begin by saying I do my best to be sensitive to the feelings and experiences of others not out of some scrambling PC [politically correct] fear, but because not hurting others seems like a basic level of decency we should all be striving for.”

“As someone who really believes in inclusivity and really, really detests cruelty, I owe you all an apology for the pain caused,” Hathaway wrote. She concludes by saying, “I particularly want to say I’m sorry to kids with limb differences: now that I know better I promise I’ll do better.”

Warner Bros. also apologized—kind of. According to Jezebel, the studio released a statement addressing the backlash the film got, writing that it worked with costume designers to create an interpretation of what was described in the book. “It was never the intention for viewers to feel that the fantastical, non-human creatures were meant to represent them,” the studio said.