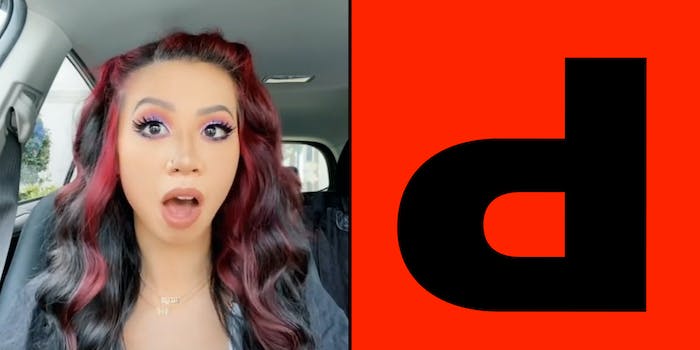 ‘This is why I have trust issues’: TikToker says multiple Depop sellers never shipped her orders

'This is why I stopped using Depop.'

Popular e-commerce app Depop has come under fire after a TikToker claimed she never received multiple orders she purchased. User Elisabeth (@honeyyb_1) posted a video to the platform on May 13 sharing her frustration with the fashion reselling app. It has since garnered more than 90,000 views.

“I’ve been selling my things online for about eight years now and I take it very seriously, especially with having courtesy for my buyers,” Elisabeth says in the video. “Apparently 90 percent of Depop sellers don’t have that.”

According to Elisabeth, she was able to find a phone case for her iPhone that was sold out everywhere else on the reselling app. Depop is often used for purchasing second-hand, one-of-a-kind, vintage fashion pieces and items that may be hard to find online elsewhere. This in part has contributed to its popularity among Gen-Zers and fashionistas. When Elisabeth found the phone case she claims she was looking for for months, she immediately purchased it from a seller.

“They never shipped it,” she says in the video. The TikToker says she messaged the seller and received no response. She says she then proceeded to file a claim with Depop and got a refund. When she attempted to purchase from other sellers, Elisabeth claims she made sure to message them beforehand just in case, and one promised to ship it out the next day.

“I think you can guess what happened,” she says. According to Elisabeth, this seller never shipped her item, either. At this point, she states she had to wait three weeks for PayPal to receive a response from the seller.

“After three weeks the seller never responded,” Elisabeth says. “Yet interestingly enough they were active on Depop and recently sold something for $100. They never ever once got back to me or acknowledged that I messaged them.”

Elisabeth says she was able to find an “angel of a seller” that shipped out her item and gave her updates throughout the whole process.

“I finally have this fucking phone case,” she says in the video. “I shouldn’t have to go through all of that.”

A viewer in the comments section shared that this is why they “only buy from Depop sellers that have many good reviews.” But in a follow-up video, Elisabeth claims that’s exactly what she did.

“This is why I have trust issues,” she says in the follow-up video. She claims the seller has five-star reviews and recent customers claiming they got their orders fast.

“What happened with me?” Elisabeth asks in the video. She says the irony is that the seller that did end up shipping her item and being communicative had never sold an item before.

She says she attempted reporting the seller on the app for not shipping the item but the only option was to dispute it.

“You can’t flag sellers or report them for not shipping,” Elisabeth claims. “There’s really nothing you can do except do it behind the scenes.”

“This is why I stopped using Depop,” one viewer wrote in the comments.

Several of her viewers recommended alternative e-commerce sites like Poshmark or Mercari but Elisabeth says she will reluctantly continue using the app.

“As much as I wanna say I’m done with Depop it’s really the only place I find stuff,” she says.

The Daily Dot has reached out to Elisabeth via Instagram message and Depop via email for this story.