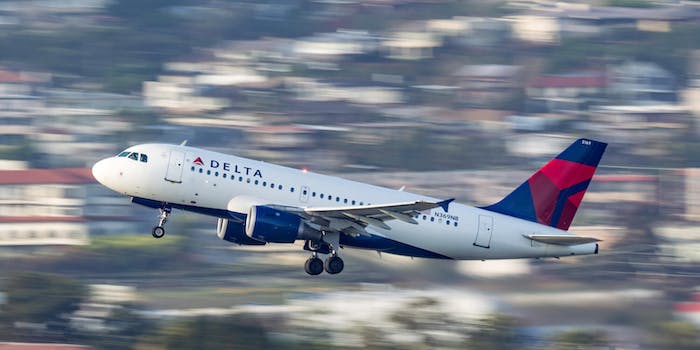 The airline also told flight attendants not to alert other crew members.

Delta Air Lines reportedly asked flight attendants who were diagnosed with the coronavirus not to tell fellow employees and to refrain from posting on social media about their health.

According to an email obtained by HuffPost, Delta asked over 25,000 flight attendants to keep their health status private and let the company be in charge of alerting other crew members.

“Please refrain from notifying other crew members on your own,” said the email, which was sent Thursday. “Once you have completed the reporting procedures listed above, leaders will follow the established process to notify any impacted flight attendants.”

But according to one flight attendant who spoke anonymously to HuffPost, this request violates employees’ freedom of speech.

“No employer can take that away,” the flight attendant said. “We have a responsibility to take care of ourselves, our coworkers and everyone we come in contact with.”

On Friday, Delta told employees that there is “a strong protocol in place to ensure we get in touch with anyone potentially exposed to provide support.”

A spokesperson for the airline told HuffPost that the announcement was not meant to “cause confusion” and that employees could not be punished for violating the reporting protocol.

Delta received backlash last week after a leaked video suggested that airline hid the diagnosis of a sick pilot.

A representative from Delta Air Lines did not immediately respond to the Daily Dot’s request for comment.