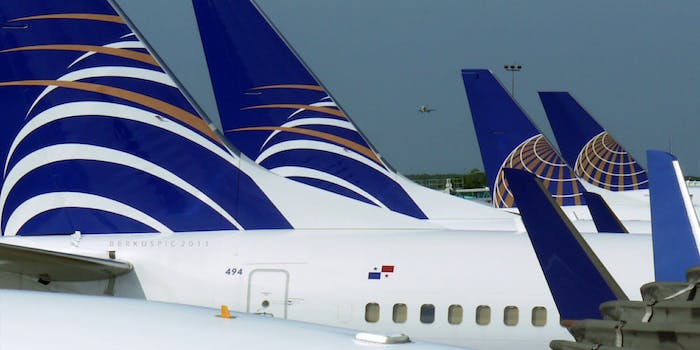 Passengers will also be able to use 'Mx.' as an honorific.

Nonbinary flyers will soon be able to properly identify their gender on their tickets. Several major American airlines are rolling out gender options that go beyond the gender binary, with one company expected to roll out their options in the “coming weeks,” according to the Wall Street Journal.

United Continental Holdings, which operates United Airlines and United Express, plans to let passengers choose “U” or “X” as their gender markers on their tickets, for “undisclosed” and “unspecified,” respectively. United’s parent company will also let passengers use “Mx.” when buying flights instead of “Mr.” and “Ms.” These changes are expected in the coming weeks.

“This is BIG, and a huge step forward for non-binary representation,” the National Center for Transgender Equality tweeted on Friday.

This is BIG, and a huge step forward for non-binary representation. https://t.co/ns3ZRJ1emd

Airlines for America, an American trade organization for major U.S. airlines, approved an international standard for both “unspecified” and “undisclosed” options that will be “effective” as of June 1, according to the Daily Beast. While airlines must individually update their internal gender marker systems, nonbinary flyers approached by the Daily Beast “reported no issues” with presenting a driver’s license with an “X” gender marker while at airports in the present. TSA screening at airports recognizes any “gender code character included on a valid government-issued ID,” including nonbinary options, the Journal reports.

Granted, it remains unclear where the TSA’s policies lie on pat-down procedures, given the TSA’s official website notes passengers can request a pat-down “by an officer of the same gender as you present yourself.” This may be impossible for some nonbinary flyers.

A growing list of states and cities are now allowing residents to choose nonbinary gender markers on their government documents. New York City implemented the option Jan. 1, and nonbinary markers are also available in Oregon, California, and Washington, D.C., among other regions.