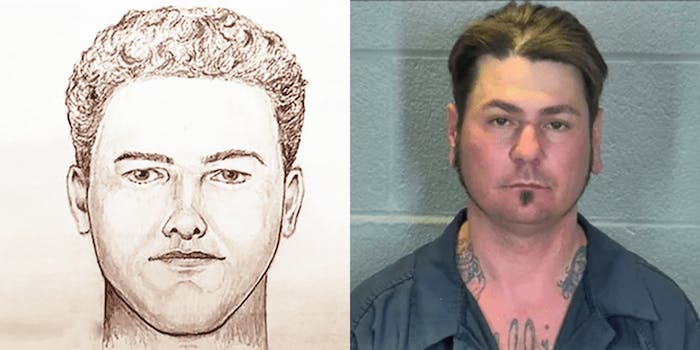 Police still have not publicly released information on how the girls were murdered.

According to the Lafayette Journal & Courier, prosecutors in Tippecanoe County say Chadwell lured a 9-year-old girl to his house last month. Chadwell is accused of beating, sexually assaulting, and locking the girl in his basement until police arrived.

Multiple agencies in Indiana believe Chadwell could also be involved in the deaths of German and Williams.

Carroll County Sheriff Tobe Leazenby told ABC News last week that there were “several factors” in play and that Chadwell “might” be connected, without going into any detail.

According to ABC News, seventh-graders German, 14, and Williams, 13, played volleyball together. School was out on Feb. 13, 2017, when they were last seen on a hiking trail.

The girls’ bodies were discovered the next day under a bridge. The double murder was dubbed the “Delphi Snapchat Murders” because of German’s last social media post on the afternoon of the deaths.

Authorities released only two clues, a photo (from a video found on German’s phone) of a man believed to be the prime suspect and a brief recording discovered on German’s phone with three words spoken by the suspect: “Down the hill.”

Police have not publicly released information on how the girls were killed but maintain they have additional evidence from German’s phone that may assist them.

In Heavy.com reporting, observers noted Chadwell’s “tattoos of two girls’ faces on his arms in which they appear to be crying blood.” One of the girls allegedly looks similar to German.

The case, which now has over 50,000 tips, has produced documentaries, podcasts, and an augmented reality video of the murder scene.