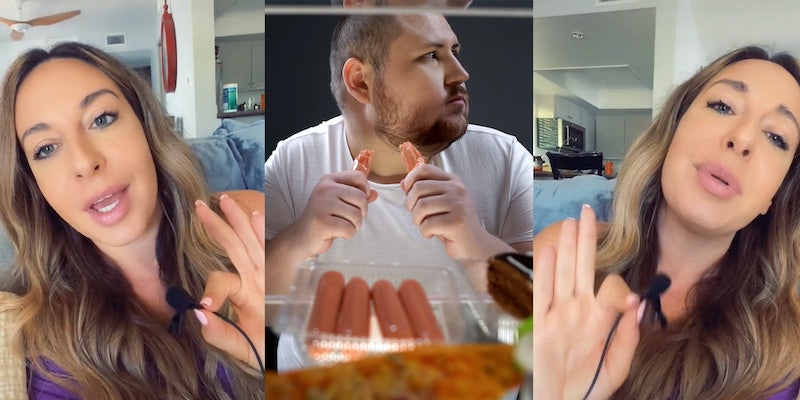 ‘A worldwide tribe of women who have experienced the same thing’: TikToker exposes date she had with Food Network TV host

Several women contacted the TikToker claiming to have similar experiences with the host.

A woman’s bad experience on a date with a Food Network host has made for a viral series of videos on TikTok, where more than 1 million people have watched Kerry (@comfywith_Kerry) share her story.

The TikToker and author says the experience is featured, among many others, in her book “Series of Unfortunate Men.” She told her viewers that she had met this host while working on a TV show for the network. They “hit it off,” she says, and she agreed to go on a date with him.

“Little did I know, it would lead me to the most unforgettable night,” Kerry says in the video. “No, like I really don’t think I’ll forget it for the rest of my life.”

The creator chronicles the evening, starting with a great dinner followed by a nightcap at his apartment, which is where she says the night “went stale.”

PART TWO of my DATE FAIL with the celebrity TV food host! 🤦‍♀️🥴😅

“We made some drinks and we were relaxing in his room, and all of a sudden, he went MIA for about 20 minutes,” she says. “I’m sitting in his room, and I’m like where did he go? So I’m walking through the hallway towards the kitchen, and I see him, and what a sight I saw, because he was fully naked.”

Kerry claims her date was naked in his kitchen, binge-eating the leftovers of their three-course meal. From there, she says he continued to walk around naked and attempted to kiss her with food in his beard. She decided to fall asleep, but she later woke up to his sobbing over a television PSA about starving children.

“He was crying like his mother died. It wasn’t normal,” she says. “I love an empathetic, sensitive guy, but this was not normal.”

In follow-up videos, Kerry says at least five other women had contacted her saying they had similar experiences with the same person involving nudity and crying, which she shared in screengrabs.

“What I thought was just going to be a tell-all funny story that I talk about in my book is turning into a worldwide tribe of women who have experienced the same thing,” she says.

Commenters joked that her date went straight from dating to married behavior all in one night.

“That’s not a first date, that’s a husband,” one commenter wrote.

“Dude went from first date to married for 20 years in 20 minutes,” another viewer said.

The Daily Dot has reached out to @comfywith_Kerry via email regarding her videos.