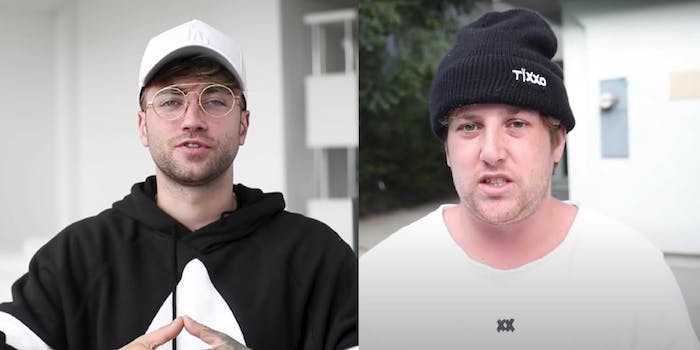 Silva tried to flee the car accident but was reportedly stopped by bystanders.

La Barrie died in a car crash on his 25th birthday on May 10. Most of the YouTuber’s videos revolved around him playing games, singing, and doing challenges with his friends.

In the suit, La Barrie’s parents claim Silva and his company, Daniel Silva Tattoos, acted negligently in the hours leading up to their son’s death, TMZ reports.

His parents, Simon La Barrie and Lissa Burton, accuse the tattoo artist of driving well above the speed limit and under the influence while their son was a passenger in the car.

According to police reports from that night, Silva was driving a luxury sports car “at a high rate of speed when the driver lost control.” Silva ran off the road and into a stop sign and tree, USA Today reports.

A representative for the Los Angeles Police Department said Silva was driving under the influence of alcohol at the time of the crash. He tried to flee the scene but was “stopped by citizens who came to render aid,” USA Today reports.

La Barrie, who was in the passenger’s seat, died from injuries at the hospital, while Silva was taken away from the scene on a stretcher with a broken hip.

La Barrie’s parents say Silva should have known better. They allege this isn’t the first time he’s been caught driving under the influence, TMZ reports.

They’re asking a judge to grant them damages for the burial costs and emotional distress, according to TMZ.

Aside from the civil suit brought on by La Barrie’s family, the tattoo artist is facing a felony second-degree murder charge brought on by the Los Angeles County District Attorney’s Office. Silva could face 15 years to life in state prison.