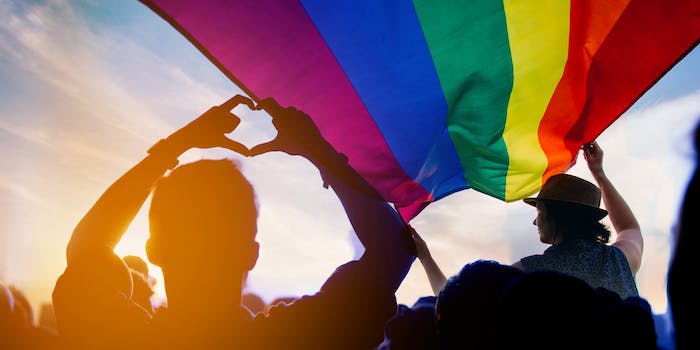 Queer folks are sharing their conversion therapy stories on TikTok

Survivors are finding a community on the platform.

Survivors of LGBTQ+ conversion therapy are sharing their stories of undergoing the harmful and ineffective practice on TikTok.

GLADD defines conversion therapy as “any attempt to change a person’s sexual orientation, gender identity, or gender expression.” LGBTQ+ individuals who undergo conversion therapy are usually sent to facilities that offer it by homophobic family members or guardians to be counseled, “pray away the gay,” or receive electric shocks, according to the Independent. Half of those who have undergone conversion therapy in the U.S. were under 18 at the time, according to the UCLA’s Williams Institute, and the legality of the practice varies state-to-state. It is an ineffective practice that is detrimental to one’s health, and people who believe in it are under the false impression that being queer is a mental disorder that can be cured.

The TikTokers are making the videos using the hashtag #conversiontherapy, which now has over 9.4 million views under it.

The earliest video featuring the hashtag was posted back in December of 2019 by creator @godsgayestangel, who did a series on “how to survive conversion therapy.”

“Don’t tell them anything about your past,” @godsgayestangel says in part one. “Anything traumatic in your life, you do not get to tell them about. … They are going to get inside your head and convince you that that is why you are gay.”

@godsgayestangel points out that “obviously, you are not going to stop being gay, so this will make that trauma so much worse.”

Videos made by other creators either include stories of their time in conversation therapy or survival tips on how to make it out alive.

Mike Dorn, a TikToker who partook in the trend, told the Independent that he shared his story on TikTok because he was stuck at home during the coronavirus quarantine. “I was going through a pretty dark time being at home all the time and I knew that I needed to talk about it,” Dorn told the newspaper.

Dorn, a gay man, said that when he a teen, he was sent to a Christian camp by his parents, who were under the impression that it would “turn” him straight. It didn’t.

As the trend of people telling their stories continues on TikTok, these users’ videos, such as Dorn’s, are being flooded with comments of support.

“A lot of people were messaging me, and it was this form of love and support and family that I’ve never experienced before,” Dorn told the Independent of fellow TikTokers who have reached out to him with messages of support.