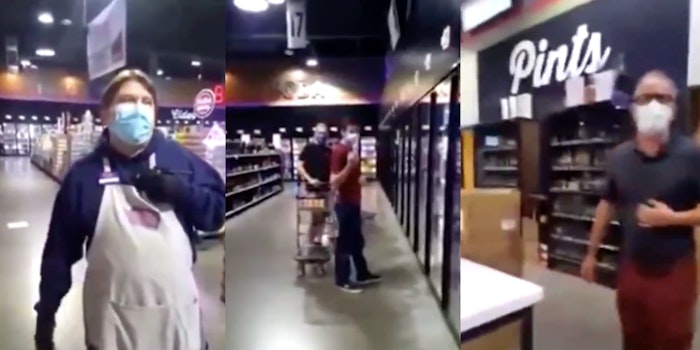 A Colorado woman called liquor store employees “Nazis” after they made her leave for not wearing a face mask.