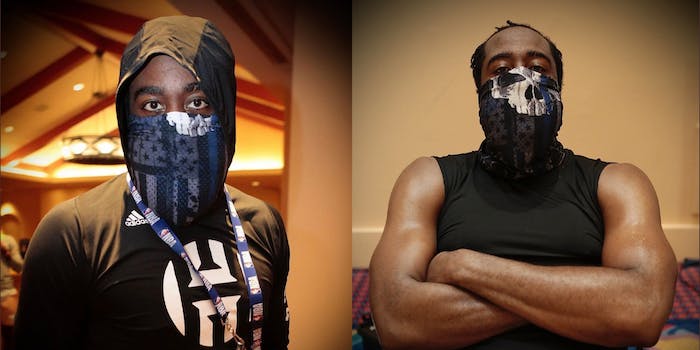 'Anyone who thinks harden knew what that damn mask meant are idiots.'

Update July 17, 3:13pm CT: Harden told reporters on Friday that he was unaware of the mask’s political affiliations and said it looked “cool”—and also covered his “whole beard.”

The NBA and the Houston Rockets’ official Twitter pages posted photos Thursday of Harden wearing a face mask with a skull and a thin blue line. Many were quick to point out that the “punisher” design of the face mask is used to express support for police in Blue Lives Matter spheres.

In response to the posts, some people on Twitter are trying to figure out what Harden’s intentions were and whether or not he knew what the symbolism on the face mask meant.

Others say they are not buying tickets to his games anymore and criticized Harden for wearing the face mask.

Some thanked the basketball player, saying they appreciate his support for Blue Lives Matter.

Young Thug defended Harden in a tweet, writing that Harden doesn’t go on the internet much.

The Houston Rockets did not immediately respond to the Daily Dot’s request for comment.