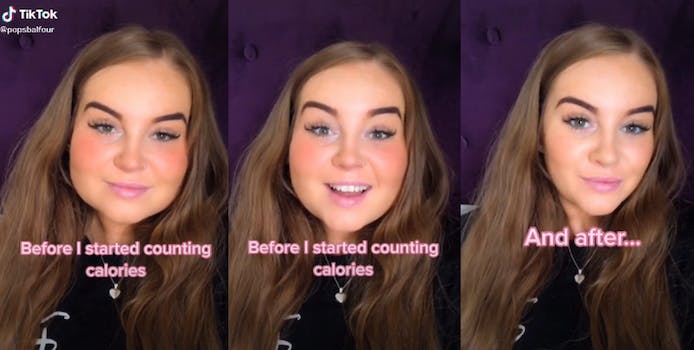 The ‘chubby face’ filter adds to the growing list of problematic trends on the platform.

TikTok is no stranger to controversy, especially when it involves viral trends on the app. The video-sharing platform has hosted everything from cotton-picking satires to minstrel-centric skits, and now a filter that enlarges the size of one’s face, producing chubbier cheeks than what is natural to them. Optimistically, users of the app are bringing attention to the fatphobic messaging rooted in the feature.

Set to the 2019 song “Eyes Blue Like the Atlantic,” by Sista_Prod, the trend involves users posing with the effect and then turning it off to reveal their natural, slimmer face. Often accompanied by an expression of relief or ego-boosting text, the underlying messaging is that users are glad they do not actually appear as the filter would have them look.

According to BuzzFeed News, TikTok stated that the filter was “inadvertently and temporarily made available in the U.K.,” and only meant for the East, West, and South African markets—but that hasn’t stopped the trend from growing across demographics. While most of the video content involving the filter falls under the before and after hypothetical weight-loss trend, other users are canceling the fad with their personal sentiments which stress a need for body positivity.

“Healthy, filled-out cheeks are perceived differently in different cultures and markets,” a spokesperson told BuzzFeed News. “We have a review process in place wherein our global team reviews filters and effects that we think would be popular and appropriate in specific markets/local regions.” The global popularity of the trend suggests there are loopholes in the app’s vetting process and algorithm—a growing criticism of the platform’s intentions.