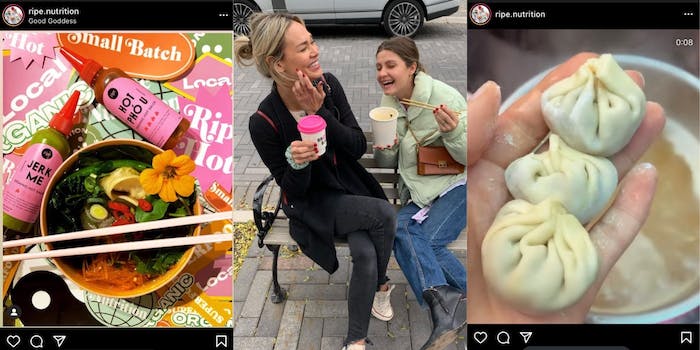 'Why is everyone on your feed white?'

Amid calls of cultural appropriation, a popular Toronto athletic apparel store ended a partnership with Ripe Nutrition, a company that hosted a white-washed “broth bar” and ethnic food pop-up inside its shop.

According to BlogTO, the pop-up opened inside the trendy Permission store earlier this month and sold “superfood bone broth” and additional “wellness” items. However, the site reports that some were puzzled as to why “a company owned by a white woman is selling bone broth, hot sauce and other foods from different cultures.”

Toronto Star editor Evy Kwong tweeted on Wednesday that the company was white-owned and across the street from a family-owned Vietnamese restaurant. Kwong also accused Ripe Nutrition of rebranding items belonging to various cultures and passing them off as innovative or sexualized.

She added, “The cultures they are taking from literally fight daily for legitimacy. the *wellness* cleansing of the food, the lack historical understanding, and the number of followers is alarming. im not tryna knock small businesses but damn, this one hurts.”

She discusses what many first, second, or third-generation immigrants have gone through to assimilate into a white-centered culture, only for their own culture to be co-opted and sold for profit.

The Instagram page for Ripe Nutrition had been pumping up the broth bar, but even the promotion proved problematic. All of the people shown on their page are white, especially troubling given the company pushed ethnic foods in one of the most diverse cities in the world.

One commenter (@curiousandfree) wrote, “Why is everyone on your feed white?”

Laura Santino, a co-founder of Permission, issued an apology and announced the partnership would cease immediately.

“We acknowledge the hurt this has caused and apologize sincerely. Our pop-up was not in line with community values or our company ethos, and we have decided to part ways, effective immediately,” Santino told BlogTO.

Once the negative attention on her “broth bar” idea became too much, Alexandra Baird, owner of Ripe Nutrition, issued a statement on the brand’s page.

“It is not the responsibility of people of colour to educate me, a white woman, on why cultural appropriation isn’t acceptable,” Baird wrote. She added that Ripe Nutrition’s staff would take cultural sensitivity training.

Subsequently, the company announced a new partnership with Golden Turtle Pho, the Vietnamese restaurant across the street.

The caption reads: “It’s all love. Collaboration over competition always.”