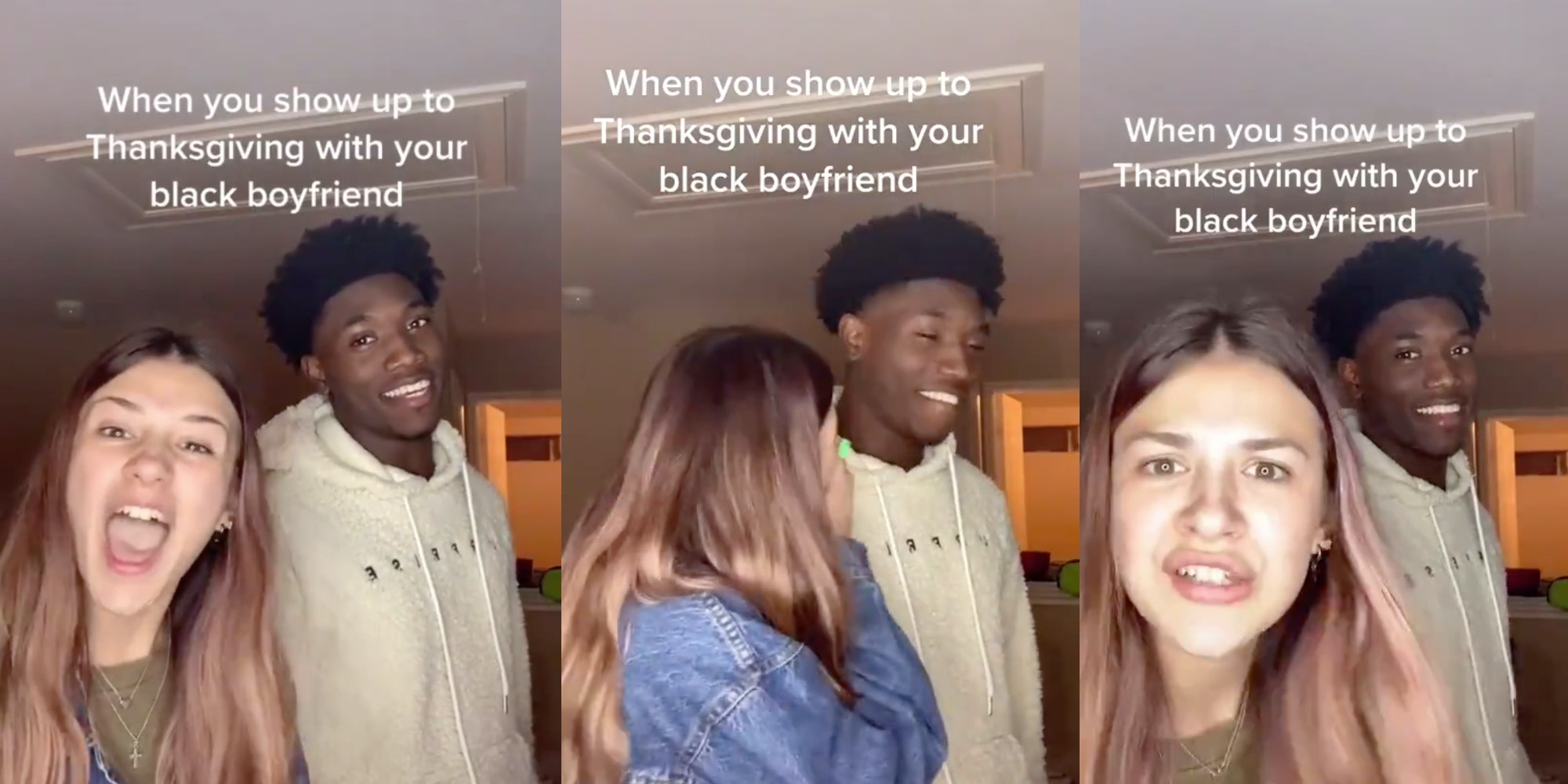 'She using him for her rebellious phase someone save that man.'

A white TikToker is being accused of using her Black boyfriend as a “prop” in a Thanksgiving-themed video.