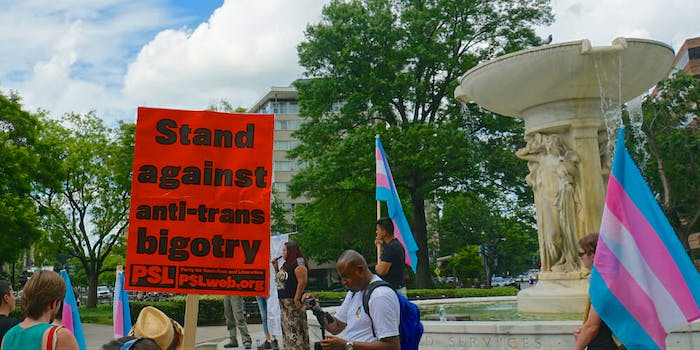 Brooklyn Lindsey is the 11th Black transgender woman killed in U.S. this year

She was shot multiple times.

Brooklyn Lindsey, a 32-year-old Black transgender woman, was found murdered on Tuesday in an abandoned building in Kansas City, Missouri.

Kansas City police said there are obvious signs of foul play, according to KMBC News. Lindsey is now the 11th Black transgender woman to be killed this year. She was reportedly shot multiple times.

Kris Wade, executive director of the Justice Project of Kansas City, told CNN that Lindsey expressed she was fearful for her life around the time of her death. Wade knew Lindsey for more than 10 years.

Wade said that Lindsey was brutally beaten and hospitalized just a few weeks prior to her death.

Lindsey’s murder took place at an intersection where a Latina trans woman was also murdered four years ago, according to CNN.

Lindsey’s death comes a few weeks after the murder of Muhlaysia Booker, a 23-year-old black transgender woman, in Dallas, Texas. Booker was brutally beaten a few days before her murder: Her attack was caught on video and went viral at the time.

The Human Rights Campaign recorded 26 deaths of transgender people in 2019, the majority of whom were Black trans women.

In April, the murders started to become more prolific: eight out of the 11 murders committed this year occurred between April and June alone, further intensifying the fear in the community. Four of the murders took place in June, the same month as Pride Month.

Since the news of Lindsey’s murder broke, people are grieving her on social media.

I still have to overcome deep and consuming fears when I present who I truly am to the world. While i'm proud to be able to celebrate being myself this pride month with our exciting new feats and representations in society, I'm still filled with so much pain inside. According to

The Kansas City Anti-Violence Project created a fundraiser for Lindsey’s family. It has raised around $1,800, about 90% of its $2,000 goal.

“We are saddened, but mostly angered by the continued violence against our sisters,” the fundraiser reads. “Our community seems to only MARCH and donate their energy and funds to matters of Non-BLACK queer people. We must support one another and create a strong foundation to end the senseless violence against us all!”