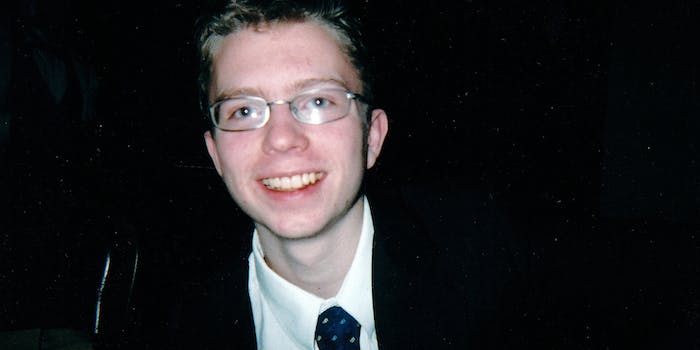 Manning’s gender transition is not a joke

A million dudes just made the same awful gag about Chelsea Manning. Here's why that hurts everybody.

Shortly after being sentenced to 35 years in jail, Bradley Manning announced today that the next chapter of her life will be as a woman named Chelsea. When she can, she will undergo hormone replacement therapy.

In a statement read on NBC News’ Today, she explained her transition:

Given the way that I feel and have felt since childhood, I want to begin hormone therapy as soon as possible. I also request that starting today you refer to me by my new name and use the feminine pronoun.

That request has since been ignored by several media outlets, who have continued using “he.” Manning claims she’s just now revealing that she’s trans because she didn’t want it to overshadow the trial. On Wednesday, Manning was sentenced for her role in leaking classified military documents to WikiLeaks.

After the news spread through social media this morning, there was support and admiration for Manning’s decision. And then there were tasteless comments and smug jokes. People on Twitter, men in particular, started telling the same joke over and over.

Bradley Manning wants to live the rest of his life as a woman!!!!!!. He will have to change his name to Bradley Womanning

If Bradley Manning wants to be female so much, why doesn’t he change his name by Deed Poll to “Bradley Womanning”? He has plenty of time to!

Bradley Manning? More like Bradley WoManning, am I right? Heyoooooo!

The Internet’s wannabe stand-up comedians drop “am I right”s like the issue of gender reassignment and transgenderism were just some easy punchline, not a decision that would affect the rest of someone’s life. And then the jokes went from tacky to straight-up awful.

Bradley Manning says he wants to live as a woman. And the prison where he is headed erupts in applause. http://t.co/m5pnNSZLvK

#Manning going to prison and wants to be a woman named #ChelseaManning Going to quickly learn about prison sex!

The misogyny and misinformation continue. In a Today interview with Manning’s lawyer, David Coombs, the interviewer implies Manning came out as trans because she has a narcissistic personality disorder. She wanted attention, and now she wants the government to pay for hormone replacement therapy.

Perhaps her decision will open up much-needed dialogue about transgender issues in America and beyond. That Manning will be transitioning while imprisoned only adds to the complexity of this issue. That social media is putting her on trial again is shameful.