2016 is the summer of design theft, apparently.

Francesca’s is a women’s clothing and accessories chain store with hundreds of locations across the United States, many inside malls.

It’s also the latest “fast fashion” company to be accused of ripping off accessory designs from small indie labels.

Similar to the controversy sparked in July when California designer Tuesday Bassen discovered exact replicas of her pins and patches on sale at Zara, two indie designers are protesting pin designs they say were stolen by Francesca’s.

On Sunday, the designers behind lines Doodlecats (U.K.) and Boy Girl Party (California) posted on Facebook warning fans not to shop at Francesca’s, displaying side-by-side photos of their designs next to the copies.

Doodlecats owner Beth Wilson said on Facebook that she had emailed and mailed a cease-an-desist request to Francesca’s. As fans slammed the Francesca’s Facebook page with posts decrying the design theft, the company removed the web page where the copied pins had been for sale.

Wilson told the Daily Dot, “I was alerted to my designs by a friend who has had lots of designs stolen recently —Toby of I Like Cats. It happens a lot and to so many people. With the rise in popularity of enamel pins, copies of these seem to be popping up every day. It’s so hard for creatives who are usually sole traders, to take on these bigger companies. Legal help costs a lot of money. We shouldn’t have to be fighting these fights and it takes valuable time away from doing our jobs.”

According to Wilson, Francesca’s emailed the following statement to her on Monday afternoon: “Thank you for bringing this to our attention, Beth. We respect the designs of all artists, and the originality of our merchandise is important to us. We are contacting the vendor that sold us this product to investigate and address this issue.”

But Wilson isn’t the only one with this issue. Boy Girl Party designer Susie Gharhemani found copies of her own pins on Francesca’s site—and called out to her own Facebook followers for help.

Gharhemani asked her friends and followers to visit Francesca’s stores to see if there were more copies of her designs there, worried that they might not all appear online. (Gharhemani told the Daily Dot she will not be commenting at this time.)

Also, Malaysian company Bean It told the Daily Dot that Wilson flagged a pin on Francesca’s site that appears to be a replica of one its designs. “Looking from the picture (which Francesca deleted immediately yesterday), the white Friyay pin is an exact copy, including with our unique Bean logo on it,” said owner Sylvia C. 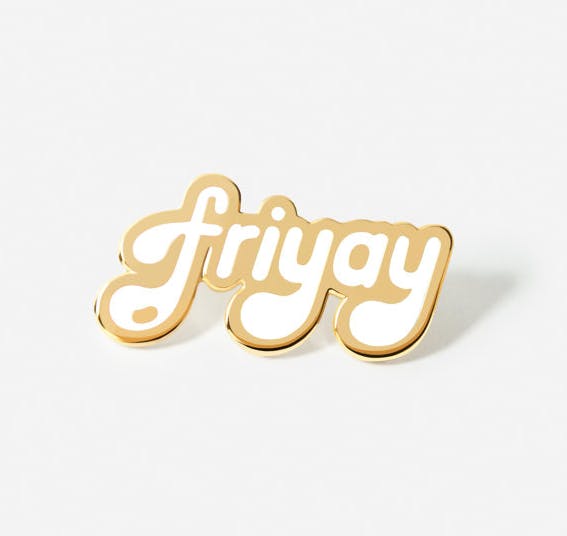 Screengrab via Bean It

In the meantime, consumers frustrated by the ongoing trend of corporate fashion chains ripping off small indie designers posted a slew of biting comments on the Francesca’s Facebook page.

“Nice stuff, I’m looking forward to buying them from the original designers that you have ripped off,” posted Teri-Ann Saywell on Monday. “Employ some creatives, design your own stuff, don’t steal from true artists and think you can get away with it.”

Update 4:30pm CT, August 8: Includes email from Francesca’s to Wilson, and statement from Bean It.